Kerala SSLC result has been released. 98.2% of the total students have cleared the Secondary School Leaving Certificate (SSLC) exam this year.

June 30, 2.30 pm: Kerala SSLC or Class 10 students who could not appear for the annual board exams due to the COVID-19 pandemic can take the exam again as a regular candidate. Such candidates can appear for SAY exam or the Save a Year exam which is ideally meant for those candidates who have failed the SSLC exams. But if they appear, they will be registered as regular candidates not as failed candidates.

June 30, 2.15 pm: Application for revaluation, recounting, photocopy of answer sheets can be done from July 2 to July 7

June 30, 12.55 pm: The examination department also allows students who are dissatisfied with their results to appear in the exams again to improve their performance. They are allowed to appear regardless of their result in the first exam.

June 30, 12.15 pm: Admission to intermediate or +1 courses will commence after the Kerala SSLC result is out. As per UGC’s direction, this year, new academic sessions in colleges and universities will begin in September.

June 30, 12 noon: Soon after the Kerala SSLC results are out, students can download the online mark statement from the official websites given above. Students are suggested to retain a copy of the marksheet. Original documents supporting the result will be issued by the Board soon after the SSLC results are out. Students can collect the same from their respective schools.

June 30, 11.30 am: In May, Kerala government held vacation-time training programme for primary teachers through Victers channel.

June 30, 11.00 am: The SSLC result statement does not have the mark details of the candidates; it only has the grades. Usually, colleges ask for marks secured by the candidates to decide the merit list. In such cases, students can request the Kerala Pareeksha Bhavan for the marks.

June 30, 10.50 am: On the exam day for remaining papers, Kerala, which has drawn praise for its handling of COVID-19, had procured 5,000 infrared thermometres to screen the students. National Service Scheme among other organisations provided over 25 lakh masks for students for the five days.

June 30, 10.40 am: During the remaining papers, schools in the state maintained social distancing norms and other precautionary measures amid the examination. Hand sanitisers were also provided at the centres while wearing face masks was made mandatory for all students.

June 30, 10.30 am: Students, who could not take the SSLC exams this time, will be given another chance along with Save A Year (SAY) exams, but as regular students and not as SAY enrollers.

June 30, 10.20 am: Private portals, including examresults.net and indiaresults.com are also expected to host SSLC or Class 10 results. Candidates, however, are advised to verify their results from an official source for authentication.

June 30, 9.50 am: The official website of the Kerala SSLC result may crash after the result is out. In such cases students are suggested to wait for a while and retry later. 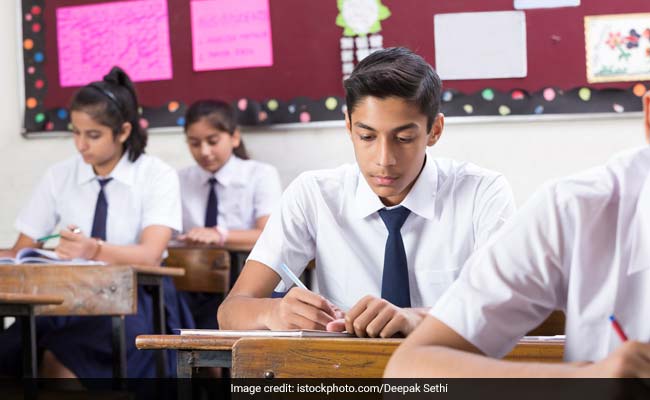 June 30, 9.40 am: Students who don't qualify the SSLC exam can appear for Save A Year (SAY) exam. Details of the SAY exam will be notified to students soon after the SSLC results are out.

June 30, 9.30 am: Schools and colleges in Kerala and other states have remained close since March 16. As per the new guideline released by the Home Ministry on June 29, educational institutions will remain closed till July 31.

June 30, 8.50 am: Students can also apply for the SSLC marks two years after the declaration of the result. The procedure to obtain the marks will remain the same and the application fee will be Rs 200.

June 30, 8.40 am: Kerala SSLC results will only show the grades of the students and no score will be recorded in the school leaving certificates . In case candidates require marks for admission for higher education, they are to put in request to Kerala Pareeksha Bhavan with an application fee of Rs 100 and the marks will be sent to the educational institution privately.

June 30, 8.30 am: The SSLC exams were postponed from March to May due to the nationwide lockdown enforced to stop the spread of COVID-19. The postponed papers were later held from May 26 to May 30. Over 13 lakh students in SSLC, +1 and +2 appeared for the exams held under strict health protocols.

June 30, 8.20 am: Kerala SSLC results will also be available on the official mobile app of Information, Public Relations Department at PRD Live and Saphalam 2020 app developed by the Kerala Infrastructure and Technlology for Education or KITE, a Kerala government establishment. Both these apps are available in Google Playstore.

Rajasthan Directs Private Schools Not To Charge Fees Till Reopening