Founder of CERCA, Mr Arun Duggal, said that the Electric Beetle is a “symbolic action” to demonstrate that air pollution in Delhi and NCR can be eliminated by using “technology and innovation”.

The Centre of Excellence for Research on Clean Air (CERCA) at the Indian Institute of Technology Delhi (IIT Delhi) has launched its maiden initiative on electric mobility by retrofitting a 1948 model Volkswagen Beetle into an electric vehicle, the institute said in a statement on Monday, November 16. The launch program was attended by several members of the Heritage motoring club of India.

While launching the electric car, Prof V Ramgopal Rao, Director, IIT Delhi said, “E-mobility has been the buzzword in the automobile industry and the need to adopt e-mobility is not just essential, but pressing for safeguarding the planet since the last half-century has seen adversarial changes in climatic conditions as a result of the ever-increasing pollution with vehicular emissions being one of its major contributors.”

“It is high time to realize the damage already caused and bring a halt to this by shifting to more sustainable alternatives such as electric vehicles which are the right, and the most suitable substitute. With Indian startups spearheading a revolution in this area especially battery technology, vehicle diagnostics, analytics and charging; the time is not far when India will also join the league of EV capitals,” Prof Rao Added. 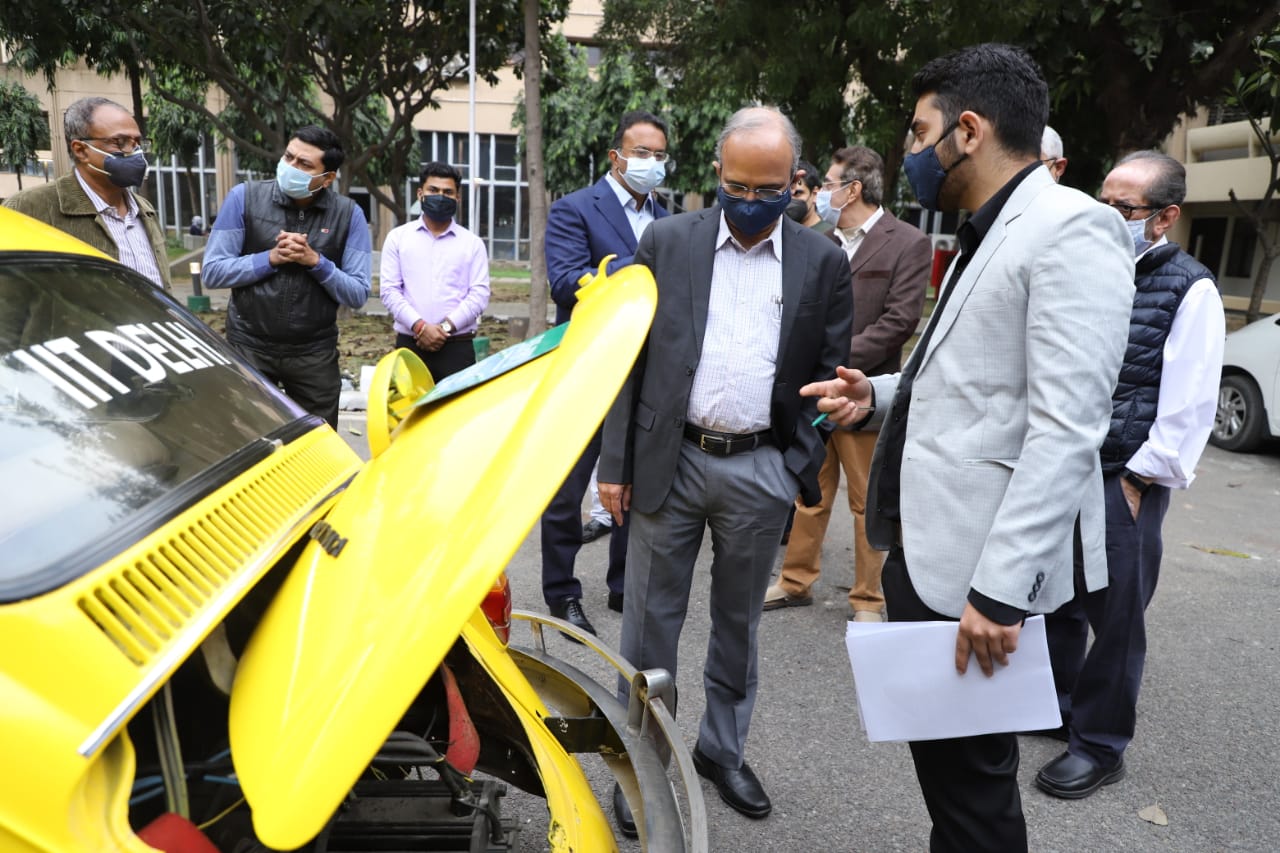 CERCA, IIT Delhi, has launched its maiden initiative on electric mobility by retrofitting a 1948 model Volkswagen Beetle into an electric vehicle

Founder of CERCA, Mr Arun Duggal, who is also an IIT Delhi alumnus, said that the Electric Beetle is a “symbolic action” to demonstrate that air pollution in Delhi and NCR can be eliminated by using “technology and innovation”.

“One of the most amicable answers to the problem of Air pollution today is the transition to EVs which are considered 100 per cent emission-free as they do not release any toxic gases into the environment which is already in a critical state in several parts of the country,” Mr Duggal said.

Mr. Diljit Titus, Secretary of the Heritage motoring club of India, said that converting a Classic car into an electric vehicle is a “significant upgrade and a more environmentally-friendly choice.”

“Thousands of Classics in the west have been converted to electric over the years and there are many collectors across India owning multiple Classics who may actually opt to convert at least one of their cars as a part of this pioneering initiative by CERCA, IIT Delhi…” Mr Titus said.