Board of School Education Haryana, or BSEH, has released the application form for Class 10 Science examination. Students hoping to take the science stream in Class 11 can register for the examination scheduled to be held in the last week of June, 2020. The Haryana Board had cancelled the Science paper along with a few more subjects when the coronavirus outbreak began. It later said it would conduct the Science paper but also announced it would declare the BSEH Class 10 results on June 8. Students were to be awarded average marks on the basis of internal assessments but if they were unhappy with their scores, they could write an improvement exam in Science later. However, the BSEH decided to conduct the Science exam first then declare the result of all the students together.

The Class 10 Board exams of Haryana were scheduled to end on March 27. The COVID-19 pandemic and the lockdown associated with it had led to the postponement of four papers. The exam for the Science paper is tentatively scheduled to be held in the last week of June.

As per a statement issued by the board, appearing for the Science paper is optional and it is on a student’s own choice. The board will allot average marks to those students who do not want to sit for the Science exam. However, if a student wants to choose arts or commerce stream and is interested to appear for exam of science subject, then the student can also register for the same. 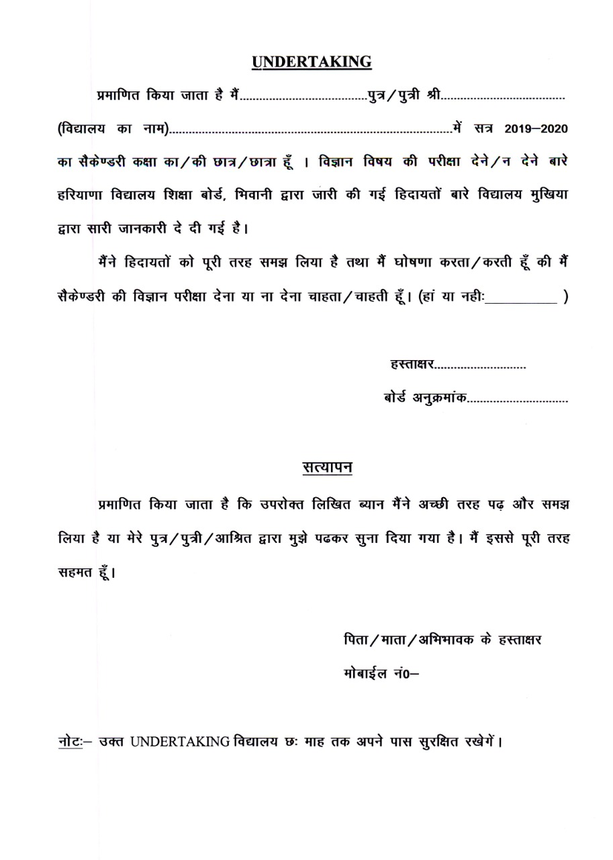