The university has also released a set of guidelines for the students who will not be eligible for admission against the DU special cut-off lists. As per the guidelines, only those applicants will be considered for admission to the university and its affiliated colleges who did not take admission in the initial five DU cut-offs. Applicants who have cancelled their admission in the DU 5th cut-off and students already admitted to any DU affiliated college or course will also not be eligible to participate in the admission process of DU special cut-off. 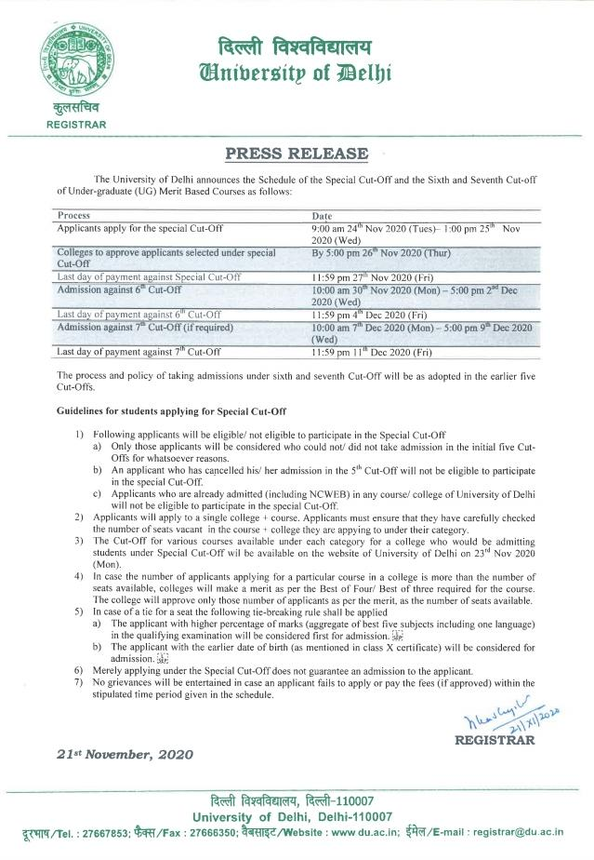 Meanwhile, the new academic session for the freshers began from Wednesday, November 18, after a delay of over four months. Over 68,000 of the 70,000 undergraduate seats have been filled so far under the previous five cut-off lists. The university this year has been following a contactless admission process due to the ongoing COVID-19 pandemic and the social distancing norms associated with it.

INI CET Results 2021: Exam Over; Result To Be Announced On November 27