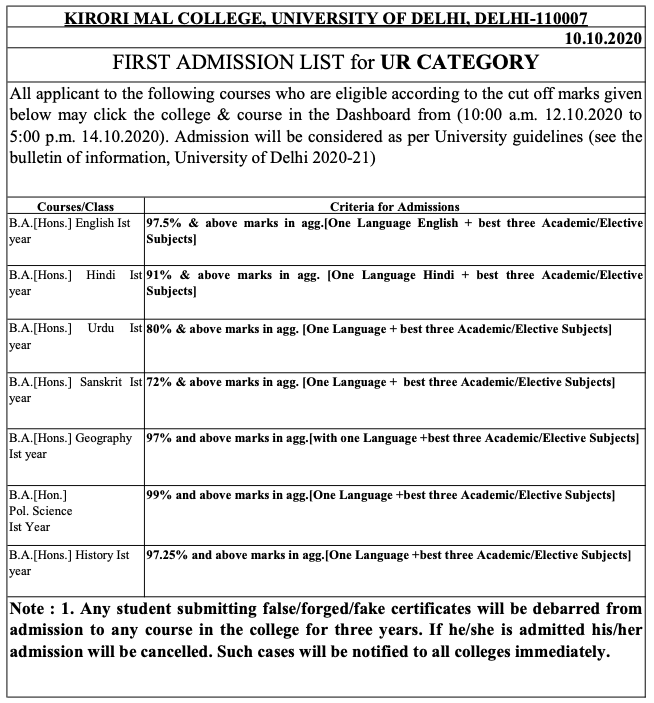 Every year, admission to Kirori Mal college is granted on basis of a course-wise cut off, determined by the respective departments. To maintain the high standards, there are multiple factors taken into consideration while declaring the cut off. One of which is class 12 scorecard. To simplify the admission process, ‘best four rule’ for percentage calculation has been brought into place by the University of Delhi. In accordance with the same, Kirori Mal College considers the four subjects in which the students scored the best marks in his qualifying examination.