Delhi Air Pollution: A study led by researchers from Indian Institute of Technology (IIT) Madras has found chloride to be primarily responsible for haze and fog formation in Northern India including the National capital Delhi.

An international study led by researchers from the Indian Institute of Technology (IIT) Madras has found chloride to be the highest inorganic fraction in particulate matter, primarily responsible for haze and fog formation in Northern India including the National capital Delhi. Their study has been published in the journal Nature Geoscience. The study was led by IIT Madras and carried out in collaboration with Max Planck Institute for Chemistry, Harvard University, Georgia Institute of Technology, and Manchester University.

IIT Madras says many studies in the past have identified PM2.5 (particulate matter or aerosol particles with diameter less than 2.5 micrometre) as a major pollutant, responsible for haze and fog formation over the Indo-Gangetic plain, including Delhi.

The researchers say that the role of PM2.5 and detailed chemistry of haze and fog formation over national capital was poorly understood. Such a lack of understanding was the biggest hurdle in developing the policies to improve the air quality and visibility.

With the approaching winter season, every year, most of the Indo Gangetic Plain is engulfed in a dense fog and haze, particularly during the months of December and January. Over the national capital dense fog negatively impacts the air and surface transport resulting in huge financial losses and jeopardizing human lives. 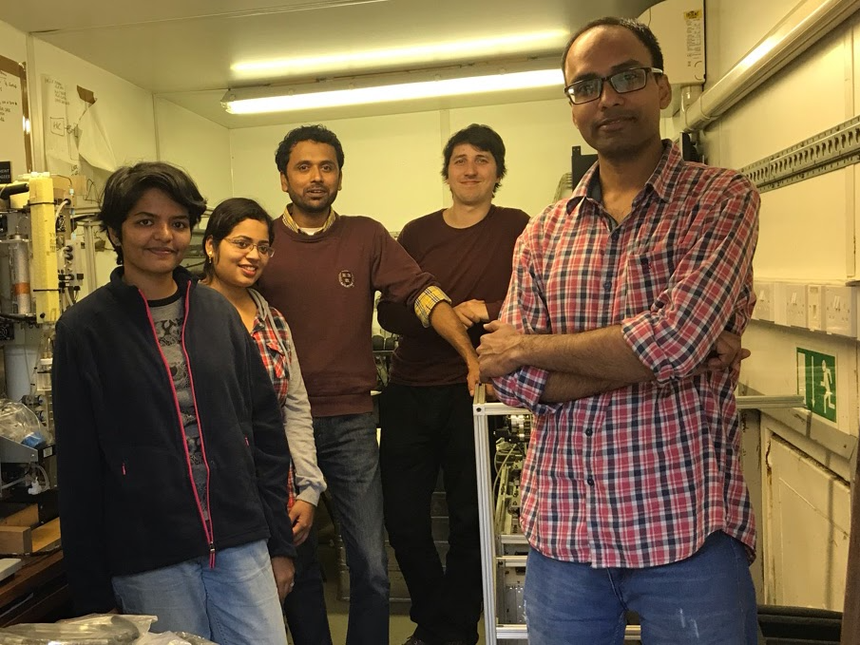 The group of scientists and students deployed state-of-the-art instruments to measure the chemical composition and other important properties of PM2.5, along with relative humidity and temperature in Delhi, which were operated round the clock for one month. The observations were then used in complex chemical models.

Elaborating about the findings of this Research, Dr. Sachin S. Gunthe said, “We realised that despite absolute PM2.5 mass burden over Delhi being much less than other polluted megacities around the world, including Beijing, the pollution and atmospheric chemistry of Delhi is much more complex to understand. This work put forward importance of measurements and modelling approaches to scientifically conclude that half of the water uptake and visibility reduction by aerosol particles around Delhi is caused by the HCl emissions, which is locally emitted in Delhi potentially due to plastic contained waste burning and other industrial processes.”

Further, Dr. Gunthe added, “The real challenge was to delineate the role of high chloride in visibility reduction. The resolution of the mechanism was derived with the collaborative effort from all the partners in this project with various tools of analysis. This study is a demonstration of successful large-scale scientific collaborations that are so vital for climate studies.”

The study identifies waste burning as a major pollutant source, which is responsible for emissions of toxic substances and other persistent pollutants that affect human health.

The study also emphasized the need to improve the policies related to air pollution, solid waste management including e-waste, and food safety to systematically address the environmental issues in India.

JNTU Hyderabad To Conduct Special Exams For Students With Backlogs