Classes 10, 12 Board Exams Schedule To be Released On December 31: Ramesh Pokhriyal

CBSE Board Exams 2021 Dates: The schedule for Classes 10 and 12 board examinations will be announced on December 31, Union Education Minister Ramesh Pokhriyal ‘Nishank’ said on Saturday.

Board Exams 2021 Schedule For Classes 10, 12 To be Announced On December 31: Ramesh Pokhriyal
New Delhi:

The schedule for Classes 10 and 12 board examinations will be announced on December 31, Union Education Minister Ramesh Pokhriyal ‘Nishank’ said on Saturday. “I will announce the date on Dec 31 when the exams will commence for students appearing for CBSE board exams in 2021,” he tweeted. 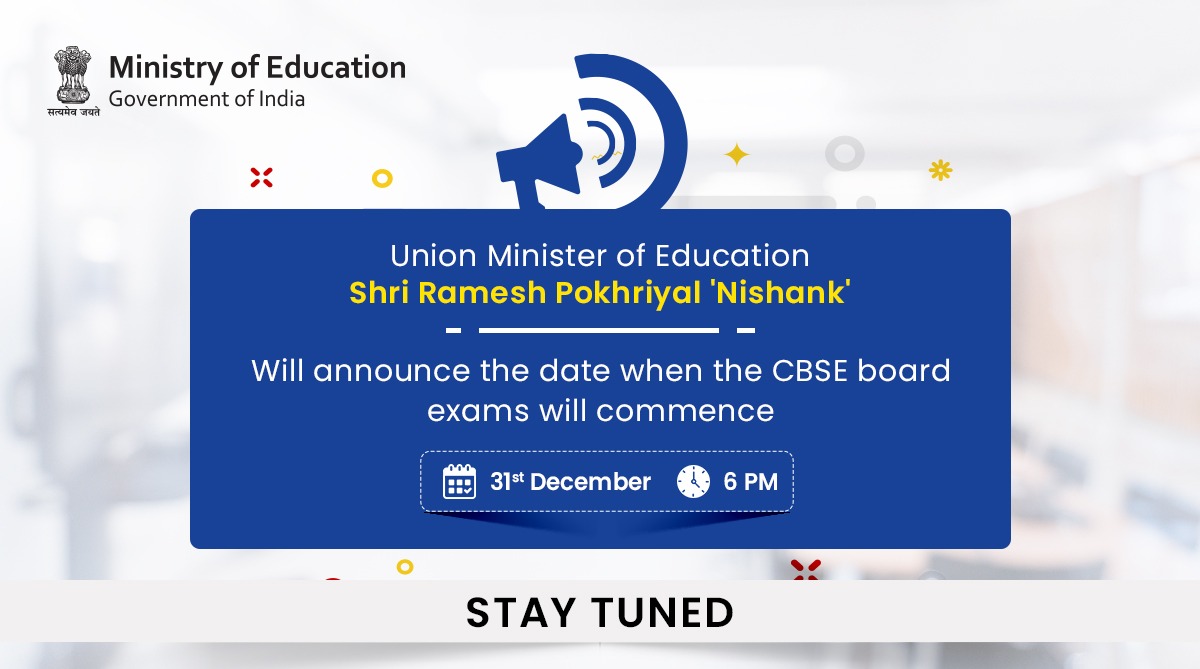 Mr Pokhriyal had earlier this week ruled out conducting board examinations for Classes 10 and 12 till February in view of the COVID-19 situation. Usually, practical tests are conducted in January and theory exams begin in February and conclude in March.

On Tuesday, the Education Minister had said that a decision on when to conduct the exams will be taken later after assessment of the situation and consultation with stakeholders.

With no clarity on the board exam dates yet, several schools have already conducted pre-board exams online to keep the students prepared.

The Central Board of Secondary Education (CBSE) had earlier this month announced that board exams in 2021 will be conducted in written mode and not online.

Schools across the country were closed in March to contain the spread of the COVID-19 pandemic. They were partially reopened in some states from October 15. However, a few states have decided to keep them closed in view of a spike in the number of infections. The board exams had to be postponed mid-way in March. They were later cancelled and the results announced on the basis of an alternative assessment scheme.