NEET 2020: NEET 2020 incorrect results, which has been circulating in social media and aired in some local news channels, is fake, clarified National Testing Agency (NTA) today.

NTA however, also said that genuine claims regarding NEET 2020 results will be redressed by the testing agency. It further said, "However, manipulated and fabricated cases will be viewed seriously and NTA will be forced to take legal action as per laws of the land against such candidates including cancellation of their candidature or other unscrupulous agents representing such candidates."

NTA, in the statement today, has also advised parents and students to beware of false promises of arranging admission in medical colleges through unfair means.

Citing an example of a candidate claiming that he has scored 650 marks whereas he has obtained only 329 marks in NEET 2020, NTA said, "The news is totally fake, fabricated and one-sided only. The news channel should have confirmed from NTA before broadcasting this fake news. In the instant case, a complaint is being filed by the NTA with the cybersecurity cell under the IT Act at Noida, Uttar Pradesh." 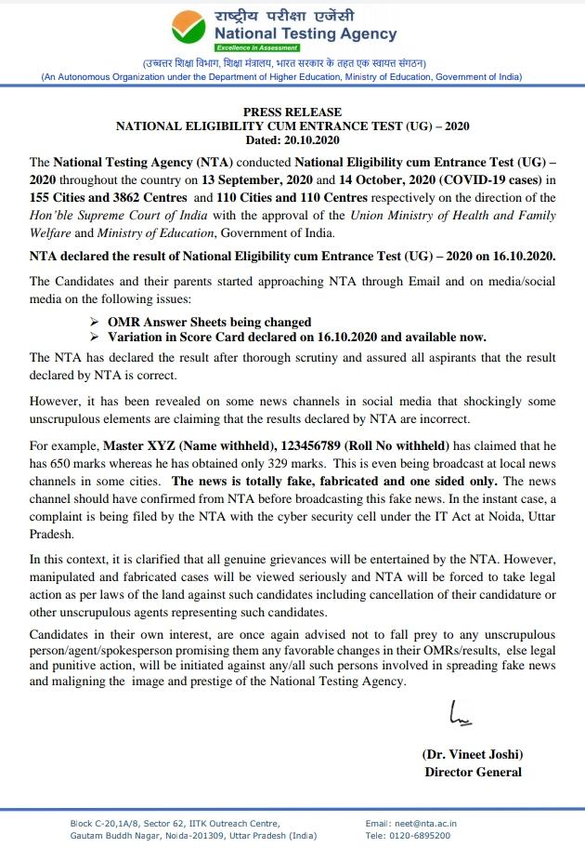