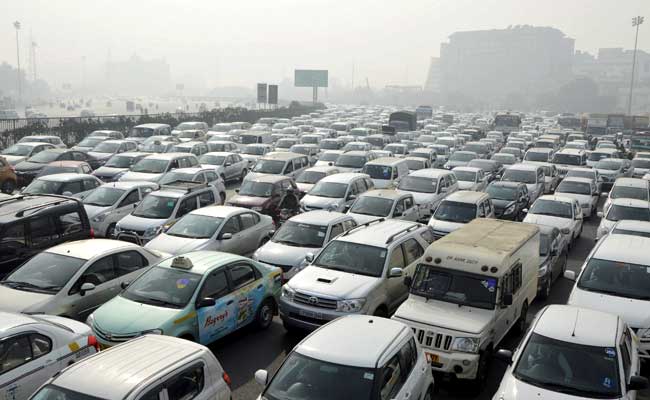 Over 1.5 lakh cars were added to Delhi's roads this financial year along with 3.5 lakh bikes and scooters. (File photo)

New Delhi: The Delhi government's odd-even scheme restricting movement of private vehicles on alternate days will end today amid indications that it could be reintroduced in the future.

The move, aimed at curbing alarming levels of pollution in the national capital, meant that four-wheelers, which account for nearly a third of Delhi's nearly 90 lakh registered vehicles, could move according to the even and odd last digit of their registration numbers - the odd-numbered vehicles being permitted to move on odd dates and even numbered on even dates.

The Arvind Kejriwal government has described the road rationing scheme as a success.

"Odd-even scheme had been a success because of people's determination to follow the formula. Cooperation of all the agencies including Delhi traffic police, transport department and civil defence volunteers had also been a major factor in its success," state Transport Minister Gopal Rai told reporters yesterday.

The Delhi government made elaborate efforts to educate people about the scheme and its intended benefits. It urged them to go for car-pooling and various means of public transport.

The government had made arrangements for 3,000 additional buses and Delhi Metro had also increased the number of trips. The traffic department of Delhi Police penalised over 2,000 violators of the odd-even scheme till Tuesday, officials said.

During the period of the scheme, commuters found the traffic movement easy.

Mr Rai said a decision on the second phase of the scheme will be taken after a review of the 15-day trial period and its impact.

"We have called a meeting on January 18 to review the impact of the odd-even scheme in the past 15 days. The meeting will be chaired by Chief Minister Arvind Kejriwal," he said.

"On the basis of results, it will be decided when to implement the second phase of the scheme in the national capital," Mr Rai added.