The four convicts are being provided counselling by the authorities in Tihar jail where they are lodged since their arrest in the horrific gang-rape of a 23-year-old woman in a moving bus in south Delhi on December 16, 2012. 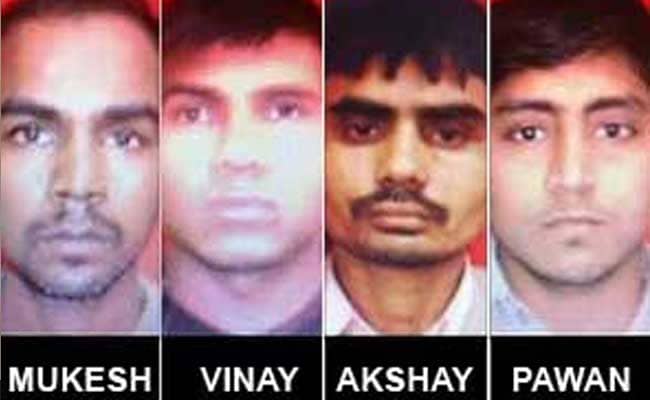 New Delhi: The four convicts in the December 16 Delhi gang-rape case are fighting "depression" since the confirmation of their death sentence by the Supreme Court, even as their lawyers are pinning hopes on review petitions to be filed in the court.

The top court had last week upheld the conviction and death penalty to Mukesh, Pawan, Vinay Sharma and Akshay Kumar Singh awarded to them by the Delhi High Court on March 13, 2014.

"I will be filing the review petition before the Supreme Court next week, perhaps on Monday or Tuesday," said Mukesh's advocate ML Sharma.

AP Singh, the lawyer of the other three convicts, said he it would take him some time before filing the review petitions.

"We are preparing the petitions, but chances are it will take some time," he said.

The four convicts are being provided counselling by the authorities in Tihar jail where they are lodged since their arrest in the horrific gang-rape of a 23-year-old woman in a moving bus in south Delhi on December 16, 2012.

"They are under depression and being given expert counselling," said a source in Tihar.

They have also been freed from the jobs assigned to them in the jail to keep them relaxed, the source said.

The jail authorities have kept Vinay in Jail number 4, the remaining three Mukesh, Pawan and Akshay are in jail number 2.

Promoted
Listen to the latest songs, only on JioSaavn.com
They are also being watched round the clock with the help of CCTV cameras and jail staff to ensure that they do not take any extreme step under depression, said the source.

Upholding the High Court verdict in the matter, Justice R Banumathi, the lone woman judge in the Supreme Court, had said that if at all there is a case warranting death sentence, it is the December 16, 2012 gangrape-cum-murder case which "shocked the collective conscience of the society".
Comments
Nirbhaya Gang-Rape ConvictsDecember 16 Delhi gangrape caseNirbhaya