Delhi Weather: A weather department official said fog lowered visibility to 50 metres at Safdarjung and 150 metres at Palam around 7:30 am. 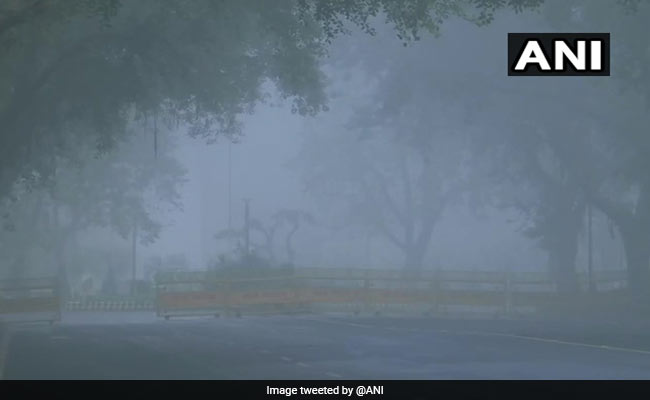 Dense fog enveloped parts of the national capital on Monday morning while the minimum temperature rose to 11.4 degrees Celsius due to a cloud cover over the city, the India Meteorological Department (IMD) said.

A weather department official said fog lowered visibility to 50 metres at Safdarjung and 150 metres at Palam around 7:30 am.

The Safdarjung Observatory, which provides representative data for the city, recorded a minimum temperature of 11.4 degrees Celsius, the highest in the last 22 days, as a result of the cloud cover.

On Sunday, intense rains, thunder and lightning lashed the city under the influence of a strong Western Disturbance affecting Northwest India. The Safdarjung Observatory recorded 39.9 mm rainfall between 8:30 am on Saturday to 2:30 pm on Sunday.

The IMD said more rains are likely on Monday and Tuesday.

The Western Disturbance is causing widespread snowfall in the hills. Once it withdraws, the mercury will again fall to 4 to 5 degrees Celsius, the IMD official said.

On Friday, the minimum temperature in Delhi plummeted to 1.1 degrees Celsius, the lowest in 15 years, and "very dense" fog lowered visibility to "zero" metres.