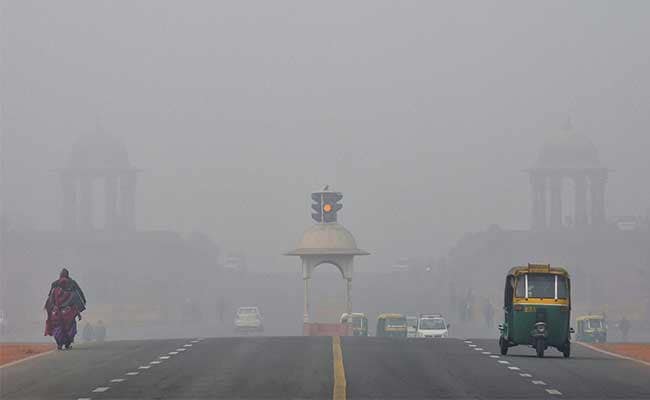 Delhi Weather: Moderate to dense fog is expected in the national capital on Friday (File)

Widespread rain in Delhi on Thursday brought the maximum temperature down to 16.4 degrees Celsius, three notches below the normal, but the pollution level increased slightly.

The minimum temperature, however, increased to 9.5 degrees Celsius, two notches above normal, due to cloud cover, the weather office said.

The Safdarjung Observatory, which provides official figures for the city, recorded 4 mm of rainfall. The weather stations at Lodi Road, Ridge, Ayanagar and Palam recorded 6.4 mm, 2.8 mm, 1.7 mm and 0.8 mm of rains respectively.

However despite rain, the pollution levels in the national capital increased slightly as the overall air quality index stood at 281 at 4 pm, up from 218 on Wednesday.

Moderate to dense fog is expected in the national capital on Friday while the maximum and minimum temperatures will hover around 17 degrees Celsius and 8 degrees Celsius respectively, the weather office said.