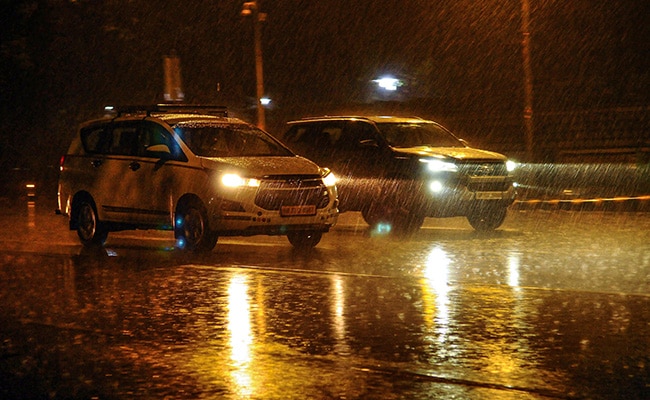 Weather officials said the temperature is likely to drop further after Saturday.

More than 25 flights were diverted from the Delhi airport on Thursday due to strong winds, rain and hail in parts of the city and adjoining areas. The heavy rain has brought down temperatures to 17 degrees Celsius, even though air quality in the capital remained in the ''severe'' category for the second consecutive day.

Under the influence of a western disturbance, the national capital recorded rain with strong winds, said Kuldeep Srivastava, the regional weather forecasting head of the Indian Meteorological Department (IMD).

According to an Air Traffic Control official, 26 flights to the Indira Gandhi International Airport had to be diverted due to "heavy rains and strong wind", which started at around 9 pm. "As of 11 pm, 26 flights to the airport have been diverted elsewhere," the official told news agency IANS. Bad weather caused the closure of one of the three runways at the airport.

People posted images of hail and rain on Twitter.

Delhi recorded a low of 12.8 degrees Celsius and a high of 21.5 degrees Celsius on Thursday, the Met department said. The relative humidity oscillated between 89 per cent and 75 per cent.

Weather officials said the temperature is likely to drop further after Saturday.

The Met department has also forecast thunderstorm with hail on Friday. The minimum and maximum temperature are expected to be around 13 degrees Celsius and 19 degrees Celsius.