"He Was Getting Food For Children": Brother Of Man Dead In Delhi Clashes

Delhi violence: Mohammad Furkan was killed in the clashes on Monday.

As clashes escalated in northeast Delhi on Monday over citizenship law protests, seven people were killed. Among them was a father who had gone to buy food for his children.

Mohammad Furkan's brother Mohammad Imran still cannot believe he is gone. The brothers, both in the handicrafts business, were close. The family lives in Kardampuri in the city's northeast, close to the Jaffrabad bridge where the protests intensified.

Since the markets had shut due to the protests, Furkan, 32, left home to arrange food for his children.

"Someone called and told me your brother has been shot in the foot. I couldn't believe it. Then I called and he did not pick up the phone. That's when I got worried," Imran told NDTV. 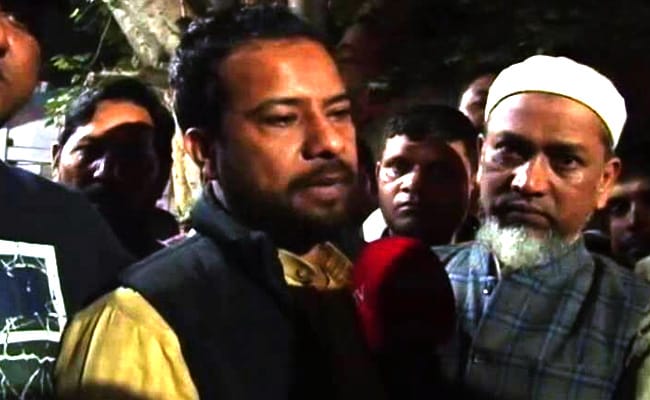 "Someone called and told me your brother has been shot in the foot," Mohammad Imran told NDTV.

Suddenly, there were half a dozen calls to Imran, telling him that his brother had been shot and had been taken to GTB hospital.

Imran said: "I rushed to the hospital. But my brother was dead. I pleaded with the doctors to save him, asked them whether there was any chance he could be taken to some other hospital and saved. They told me there was no chance."

His voice broke. "My world is shattered. Nothing is left...He has small children, a son and a daughter," Imran wept.

Nearly 100 were injured in Monday's violence, which broke out when protesters for and against the Citizenship Amendment Act (CAA) got into a scuffle in northeast Delhi. The violence escalated when two groups in Maujpur started stone-throwing and vehicles were set on fire. Violence also spread to neighbouring Bhajanpura and Chand Bagh.

Hundreds of women had been carrying out a protest against the citizenship law at the Jaffrabad Metro Station since Saturday night. On Sunday afternoon, BJP leader Kapil Mishra posted a tweet inviting those supporting the CAA to Maujpur Chowk to rival the blockade at Jaffrabad and that is when the situation flared up. A scuffle between pro and anti-CAA protesters led to stone-throwing. Police had to fire teargas shells to bring the situation under control.