Ved Marwah, who was the police commissioner of Delhi from 1985-88, had also served as the governor of Jharkhand, Mizoram and Manipur. 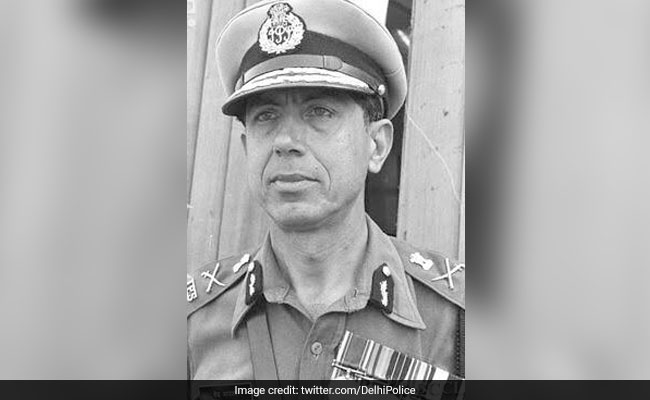 The Delhi Police has bid adieu to its former commissioner Ved Marwah, who died on Friday at the age of 87.

Mr Marwah, who was the police commissioner of Delhi from 1985-88, had also served as the governor of Jharkhand, Mizoram and Manipur.

He breathed his last at a private hospital in Mapusa town in North Goa, officiating Director General of Police (DGP) of Goa, Jaspal Singh, said.

Mr Marwah was admitted to the hospital almost three weeks back after he suffered a fall at his residence in Goa. He passed away at 7.30 pm on Friday, Mr Singh said.

The Delhi Police paid tribute to Mr Marwah on Saturday.

"A quintessential civil servant of soft demeanour yet steely resolve, soft spoken yet hard task master. A brilliant Police Officer and super Administrator - in Ved Marwah Sir, we have lost a legend.

"#DelhiPolice salutes & bids adieu to one of its finest Police Commissioners," the Delhi Police tweeted.

In a reply, it also tweeted, "We shall miss you Sir."