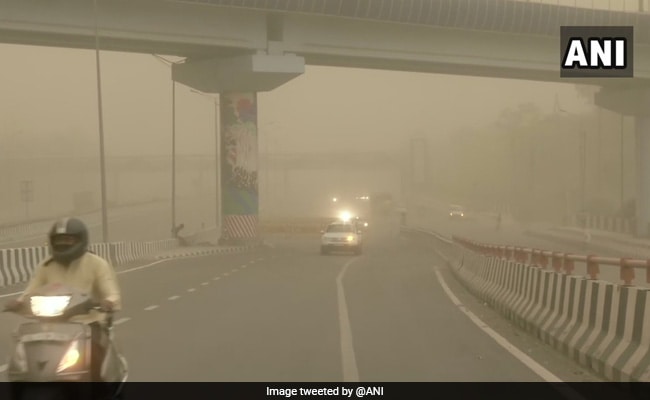 Delhi weather: Gusty winds and rains led to a significant drop in the mercury.

A massive dust storm barrelled through the national capital and neighbouring areas on Sunday, a day after the mercury touched the 40.9 degrees Celsius mark in the city -- the season's highest so far.

Gusty winds and rains led to a significant drop in the mercury.

The maximum temperature is expected to settle around 35 degrees Celsius.

Kuldeep Srivastava, the head of the regional forecasting centre of the IMD, said it was a result of a fresh western disturbance.

Winds gusting up to 70 kilometers per hour swept across the national capital accompanied by light rains, he said.

Delhi Businessman Got Himself Murdered For Insurance Money: Cops