Fifty-five computers, 35 mobile phones and illegal software programs along with other equipment have also been seized from the spot, police said. 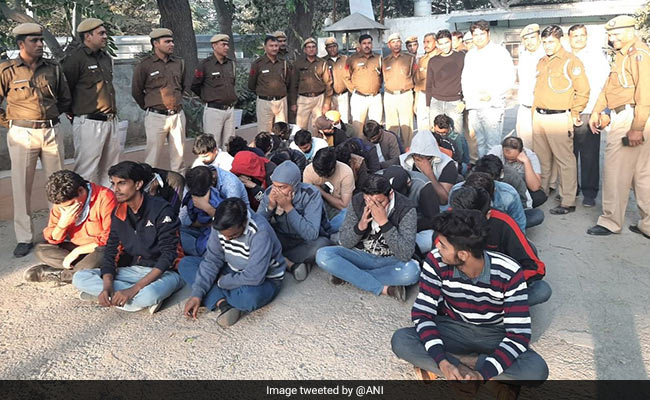 A fake call centre was busted and 32 people were arrested for being allegedly involved in duping foreign nationals by posing as Canadian police officials, police said on Sunday.

Fifty-five computers, 35 mobile phones and illegal software programs along with other equipment have also been seized from West Delhi's Moti Nagar where the scam was operational, they said.

According to police, they received inputs on November 15 about a group who posed as Canadian police officials over the phone and duped foreign nationals on the pretext of saving them from Social Insurance Number (SIN) violations.

SIN is a nine-digit number that is required to work in Canada or to have access to government programmes and benefits.

A complaint was also received in this regard by a Canadian national named Elvis Henry against the fraudsters who allegedly duped him of $13,500 through the SIN scam, police said.

A team of officials from the Delhi Police and the Department of Telecommunications (DoT) raided the call centre where one Jasjot Singh, Sarabjot Singh and Sagar Jain were found to be supervising the activities of the callers who were engaged in making and receiving international calls, said Sameer Sharma, Additional Deputy Commissioner of Police (West).

During sustained interrogation, the supervisors disclosed that they impersonated Canadian police officials and targeted Canadian nationals through Voice Over Internet Protocal (VOIP) calls, he said.

Explaining the modus operandi, the senior officer said: "The call centre was operational during night hours. The accused begun with a robocall claiming to be from Service Canada agency and informed the recipients that there were several allegations found linked with their SIN Numbers."

The victims were threatened with arrests if they failed to call back.

Those who called back were subjected to further threats, but then offered a one-time chance to pay and settle the matter, the officer added.

Victims were asked to hand over money through Bitcoins, ATM or gift cards, including those offered by credit card companies, he said.

One of the mobile phones found at the spot had ''Bitcoin Blockchain Wallet App'' which was used to receive the amount from victims in the form of Bitcoins, the officer said.

Raids are being conducted to nab the other accused including the owners of the call centre who have been identified as Raja, Sushil, Naveen, Bunny Arora, Pankaj, police said, adding that DoT officials are also probing the case.