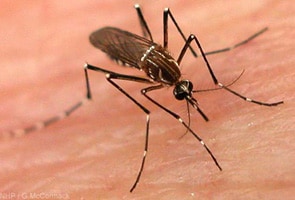 New Delhi: Nigeria's hopes of repeating their one gold and two bronze table tennis medal haul from the Melbourne 2006 Commonwealth Games were hit on Saturday when one of their team member fell ill with malaria.

Ekundayo Nasiru, who was due to partner Monday Merotohun in the men's doubles, has been unwell for a couple of days.

"He is very sick. He's not been able to eat for the last two days," said Merotohun, who was speaking after Nigeria lost 3-0 to India in the men's team bronze medal match.

Merotohun added that he too had been sick.

"I was not feeling so well as my tummy has not been very good, which affected my performance," said the Nigerian having lost 11-4, 11-7, 11-4 to Anthony Amalraj.

The pair will begin their doubles campaign on Sunday with a first round match against Kamal Hunte and Romano Spencer of St Vincent and the Grenadines.

India missed out on the chance to defend their men's team gold from 2006 when they crashed 3-1 to England on Friday in the semi-finals.

But Nigeria, the bronze medalists in 2006, looked under-par from the outset.

India off to a good start in individual badminton event