Watch: 2-Year-Old's Miraculous Escape After Fall From Building In Daman And Diu

The infant was saved by quick-thinking locals who caught him just in time. The child suffered no injuries. 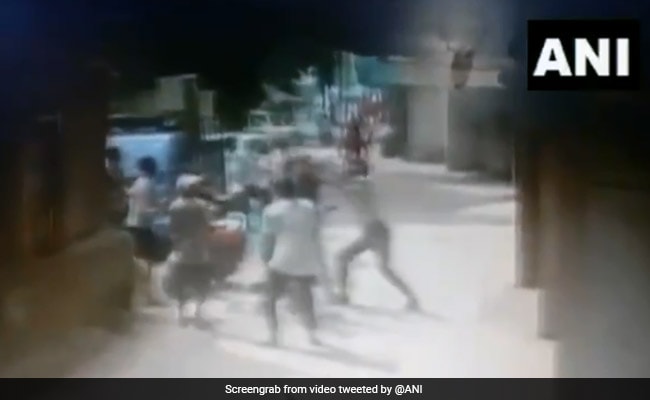 The locals who saved the child are winning praise on social media.

A 2-year-old-child in Daman and Diu had a close shave on Tuesday after he fell from the third floor of a building. The infant was saved by quick-thinking locals who caught him just in time. The child suffered no injuries.

In a hair-raising video, shared by news agency ANI, locals are seen gathering near the building that the infant fell from at night. Nervously looking up at the building, two men extend their arms to catch the child.

#WATCH Daman and Diu: A 2-year-old boy who fell from 3rd floor of a building was saved by locals, yesterday, in Daman. No injuries were reported. pic.twitter.com/bGKyVgNhyM

A man manages to catch the child and falls to the ground. After the infant is saved, onlookers are seen pointing to the building, trying to comprehend how the child fell in the first place.

The locals who saved the child are winning praise on social media for their alertness. "God bless you all. You saved the heart of a mother and a whole family," one Twitter user wrote.

"Hats off to the people like them who save others in today's world. People don't care about anyone else these days," another person tweeted.