UP Muslim Man To Gift Ancient Coin For Ram Temple

The coin has an image of Lord Ram, Sita and Hanuman inscribed on it and its value is said to be several lakhs of rupees. 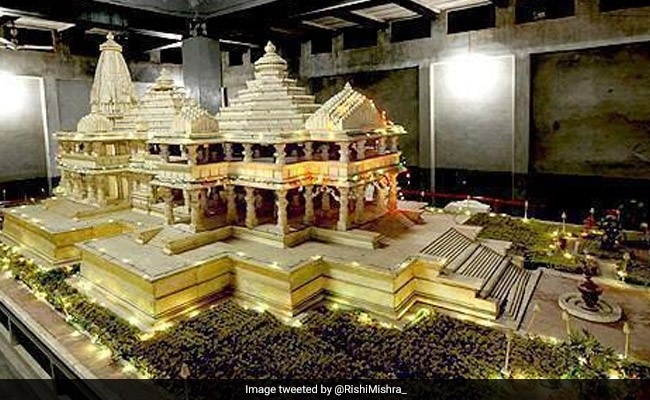 Syed Mohd Islam, a Muslim man living in Uttar Pradesh's Azamgarh district has decided to gift an ancient coin made of 'ashtadhatu' (eight metal alloy) for the Ram temple construction in Ayodhya.

The coin has an image of Lord Ram, Sita and Hanuman inscribed on it and its value is said to be several lakhs of rupees.

According to Islam, who lives in the Sitaram locality, he has found the coin while he was reconstructing his ancestral home in the village.

"On November 30, 2019, when the plinth of the house was being dug, we found these two coins. I decided to gift them for the temple construction. I will soon be going to Ayodhya and will hand over the coin to Mahant Nritya Gopal Das who is the chairman of the Ram Teerth Kshetra Trust that will construct the Ram temple," he said.

However, recently, when he went out for some work, his wife Kaneeza Fatima went to a local jeweller and sold off one coin for Rs 3 lakhs. Islam further said that he will request the Mahant to sell the coin and use the amount in construction of the temple.

He hopes that his contribution to the construction will encourage other Muslims to make similar contributions and present a perfect example of communal harmony.