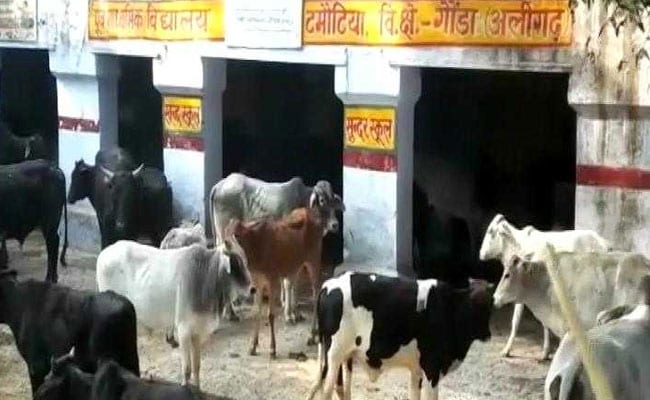 Some 800 cows were kept shut inside a government school and primary health centre in Aligarh by farmers on Tuesday, as the animals have been destroying their crops and farms.

"These animals are destroying crops. Neither the administration nor the state government have taken any action on the matter," said Mathura Prasad Sharma, a farmer.

"Many of us are awake at night guarding the farms. We are also falling sick because of this. So we chose to lock the stray animals together in a health centre," said Shyam Bihari, a resident of the village.

Tuesday's incident prompted the police to take notice. They quickly sent vehicles to the government school and the health centre to shift the animals to a cow shelter. 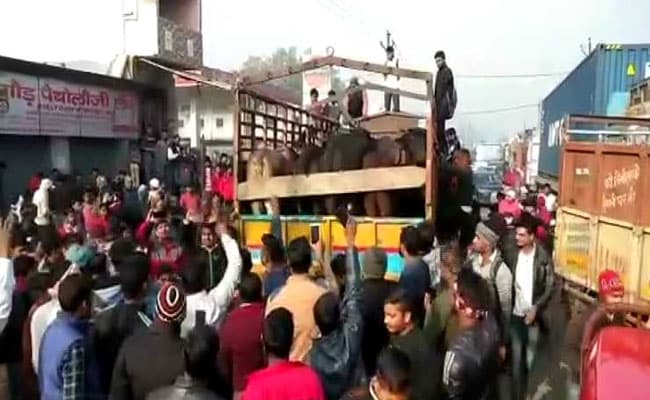 Some protesters attacked the vehicles carrying animals to cow shelters

But they were stopped by some protesters.

"Some people spread rumours through WatsApp that cows were being taken to be butchered, which led to protests; vehicles were attacked. Two cases have been filed and four have been arrested. A probe is underway," said senior police officer Ajay Kumar Sahni in Aligarh.

"We have been trying to help cow shelters in the area manage the animals properly," said district magistrate Chandrabhushan Singh.