While no injury or casualty was reported in the incident, train services were disrupted, an official said. 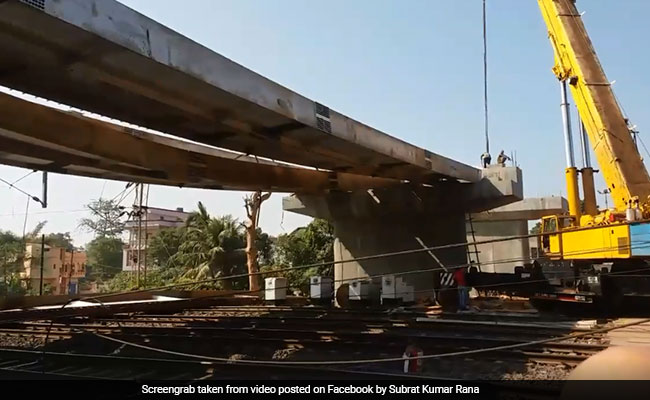 A beam of an under-construction overbridge fell on the railway tracks near Balasore railway station in Odisha on Sunday, affecting train services, a railway official said.

While no injury or casualty was reported in the incident, train services were disrupted, the official said.

The overbridge construction was underway at Sobharampur near Balasore when one of the six beams fell on the railway tracks causing damage to the overhead electric wires, he said.

Following this, trains on the route were halted.

Restoration work has been launched on a war-footing to clear the route.

Railway engineers and workers have been pressed into service and senior railway officials have rushed to the site.

A thorough inquiry will be conducted to ascertain the exact reason behind the mishap, a senior railway official said.