Read inOther Languages
This Article is From Nov 19, 2018

CCTV Shows Class 2 Boy Being Punched By Tutor, Then Told To Smile

A little boy of Class 2 was allegedly tortured by his tuition teacher. The police are on the lookout for the teacher 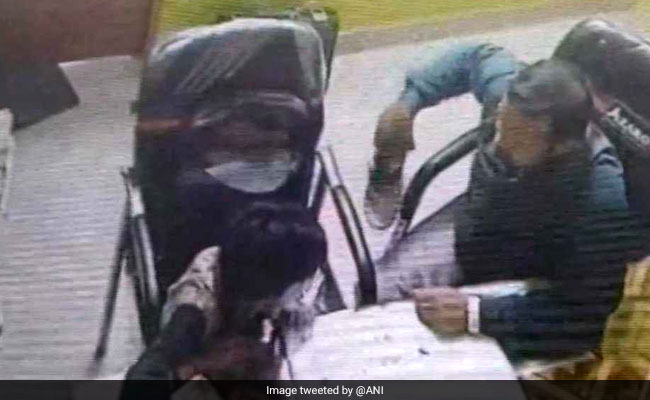 In a shocking incident, a little boy of Class 2 was allegedly hit with a shoe, slapped and punched by his tuition teacher in Uttar Pradesh's Aligarh.

The incident came to light on November 15, after the parents of the boy checked the CCTV footage of the room, where the boy was tortured. The boy told his parents about his teacher, when they asked him why there were several blue and black patches on him, say reports.

"The video has been recovered. A case has been registered and a team is trying to catch the teacher," senior police officer Ashutosh Dwivedi told news agency ANI.

In the five-minute video, the teacher and the boy can be seen seated on two chairs. The teacher has a shoe in his hand and is about to beat the boy. He even hits the boy on his knuckles with a key-like sharp object. Not only that, the teacher even grabs the boy by his hair and ear and punches him multiple times on his back.

Later the teacher can also seen forcing the boy to drink a glass of water and telling him to smile.