In Dehradun, Over 800 Illegal Encroachments Demolished In A Week

815 out of a total of 2,569 illegal encroachments identified have been demolished so far in Dehradun. 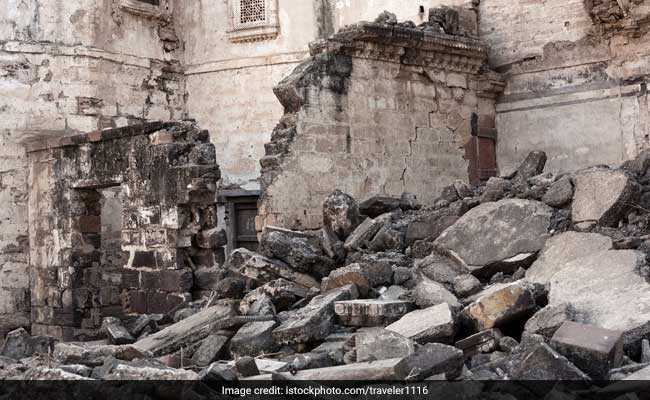 An anti-encroachment drive has picked up pace in Dehradun.

An anti-encroachment drive launched in Dehradun following a high court order has picked up pace with over 800 illegal structures demolished in the city in a week.

815 out of a total of 2,569 illegal encroachments identified have been demolished so far, besides, 75 buildings were also sealed during the drive which was launched about a week ago, Additional Chief Secretary Om Prakash said.

Demolition of illegal encroachment upon public land, their identification and sealing will continue as per the anti-encroachment task force rules, the official said.

The FIRs will be lodged against those who try to re-encroach upon public land, he warned, but added that the administration was getting full support of people in the drive with some house owners themselves demolishing portions under encroachments.

The exercise, which targets illegal encroachments and constructions on footpaths, lanes and roads, is being conducted in the supervision of Mussoorie-Dehradun Development Authority, Municipal Corporation of Dehradun, and the district administration.

Taking a strict view of encroachments in Dehradun, the Uttarakhand High Court had directed authorities last month to remove illegal constructions from public footpaths, streets and roads of the city within four weeks.