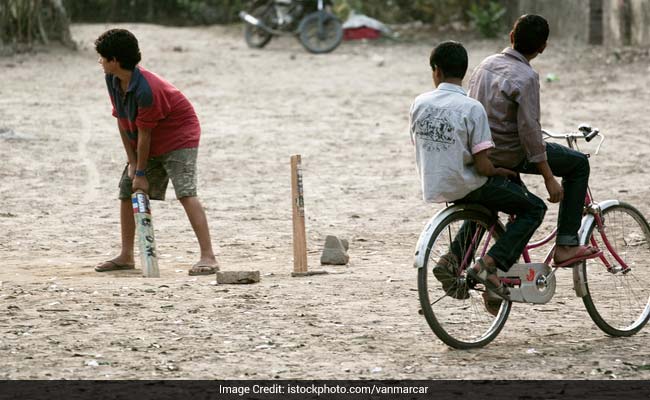 The victim, won the bet, after which the accused allegedly killed him. (Representational)

Kolkata:  A 12-year-old boy in West Bengal's Howrah district allegedly killed his friend following a dispute over a bet of Rs 250 placed on a cricket match, police said on Sunday.

The accused has been taken into custody, police said. The body of the victim was found on Saturday.

The accused and the victim, both resident of Daspara under Liluah police station, had bet Rs 250 on the result of a cricket match.

The victim - also a 12-year-old - won the bet, but the accused refused to pay the amount, triggering a quarrel.

"They had bet Rs 250 on the match. My son won the bet and demanded the money. But he (the accused) refused to pay the amount.

"He then brought my son to a nearby garden and beat him up mercilessly. He then smashed my son's head with a brick. My son became senseless. Then he throttled him," said the victim's father Kanhaiya Paswan.

The accused then tried to disfigure the victim's body, dragged it to a nearby jungle and covered it with shrubs and bricks.

Promoted
Listen to the latest songs, only on JioSaavn.com
The accused and one of his friends were detained and interrogated at length in the Liluah police station. "One of the boys broke down and confessed the crime," said a police officer.

"I won't get my son back. But the killer must be punished," said Mr Paswan.

Woman Kills 4-Year-Old After Verbal Spat With Her Mother In Rajasthan: Police