In an "open letter" on Friday, Zee and Essel Group Chairman Subhash Chandra apologised to bankers, NBFCs and mutual funds. 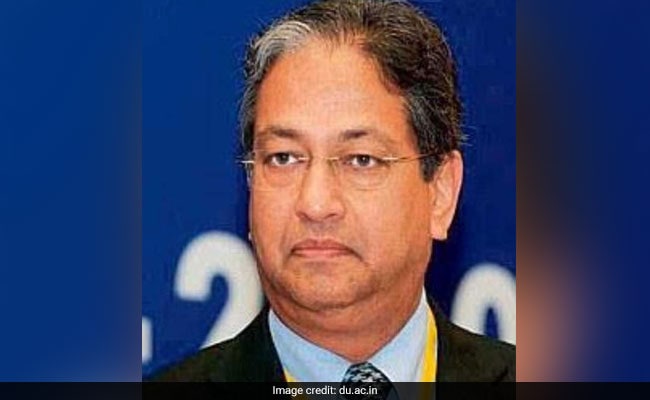 Vishwapati Trivedi was appointed to the post as recently as January 24.

The massive plunge in Zee Entertainment Enterprises Ltd (ZEEL) stock last week following a media report which said that Zee promoters Essel Group was involved in money laundering has had a fallout in the quick resignation of an independent director of the group company Zee Media Corp.

Zee Media Corp has informed stock exchanges that one of its independent directors, Vishwapati Trivedi, who was appointed to the post as recently as January 24, resigned on January 27, citing the recent upheavals impacting the company.

"This is to inform you that Vishwapati Trivedi, an Independent Director appointed with effect from January 24, has informed the Company that the recent developments at Essel/Zee group, especially the big upheaval in the market and unprecedented fall in the share value coupled with media reports and Subhash Chandra's open letter (of which he was not aware before appointment), had left him perturbed and amazed and considering that he will not be able to contribute in such turbulent times, he would like to resign as Director of the Company with effect from January 27, 2019," the filing said.

On Friday, after a media report said that the Zee promoter Essel Group was involved in money laundering in the aftermath of the November 2016 demonetisation, the shares of the company's entertainment arm tanked over 30 per cent and the firm suffered a market capitalisation loss of Rs 14,000 crore.

In an "open letter" on Friday, Zee and Essel Group Chairman Subhash Chandra apologised to bankers, NBFCs (non banking financial company) and mutual funds for "not having lived up to their expectations" and being in debt due to the failure of multiple infrastructure projects and said that he intended to pay back the loans through the sale of his promoter stake in ZEEL.

ZEEL on Sunday clarified that it has no connection with any of the transactions said to have been carried out by its promoter Essel Group, as alleged in the media report.

In another release late on Sunday, the Essel Group said that its management had successfully arrived at an understanding with lenders to whom the shares held by the group's promoters have been pledged.

On Monday, massive buying by US-based foreign portfolio investor Discovery Fund as well as news of the deal with lenders lifted stock prices of Zee Entertainment by 16.6 per cent.