Y K Hamied to Increase Stake in Cipla to Over 20% 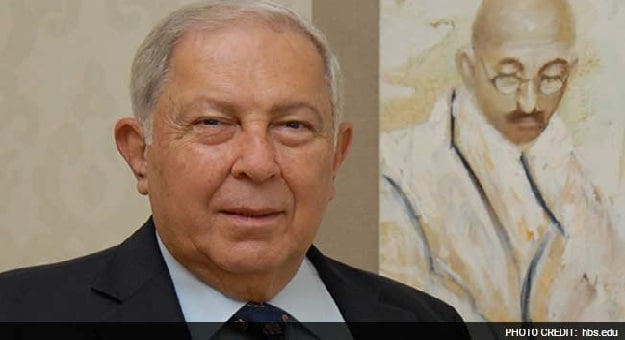 Cipla patriarch Y K Hamied plans to acquire an over 5 per cent additional stake in the homegrown drug major.

New Delhi: In a move aimed at realignment of family shareholding, Cipla patriarch Y K Hamied plans to increase his holding to over 20 per cent by acquiring an over 5 per cent additional stake in the homegrown drug major.

Mr Hamied, who is the non-executive chairman of the company, will acquire a 5.22 per cent additional stake from his wife Farida Hamied thereby taking his total holding in the drug firm to 20.76 per cent from earlier stake of 15.54 per cent, Cipla said in a regulatory filing.

"The transfer of shares is being done by way of gift," the filing said.

The development comes at a time when the Mumbai-based drug maker is in the midst of a transition in leadership.

Earlier this year, in order to simplify decision-making and improve operational excellence, the company had announced creation of a 6-member management council that will be the apex executive leadership team for the company.

Last year, Cipla promoters had said that they were yet to finalise their proposed family pact in "due course", wherein the entire Hamied family will vote as a single unit.

Yusuf Hamied had sought an 'informal guidance' from capital market regulator Sebi (Securities and Exchange Board of India) on whether the proposed voting agreement among his family members would trigger an open offer.

Sebi had opined that the agreement would qualify for exemption from open offer requirement under takeover norms.

In June last year, Mr Hamied's nephew Kamil Hamied, who was understood to be groomed to take over the reins of the drug maker, had quit the company and his sister Samina Vaziralli assumed an expanded role. They were seen as the next generation of the promoter family for bigger roles in Cipla.

Mr Hamied hung up his boots as Cipla managing director in March 2013.

Cipla, which has presence in over 150 countries, sells more than 2,000 products across various therapeutic categories.

The company has 34 manufacturing facilities that make active pharmaceutical ingredients (APIs) and formulations.