The Supreme Court stayed the criminal proceedings in the FIR lodged by Essel Group against the Yes Bank saying it cannot allow the police to freeze voting rights of shareholders of a company. 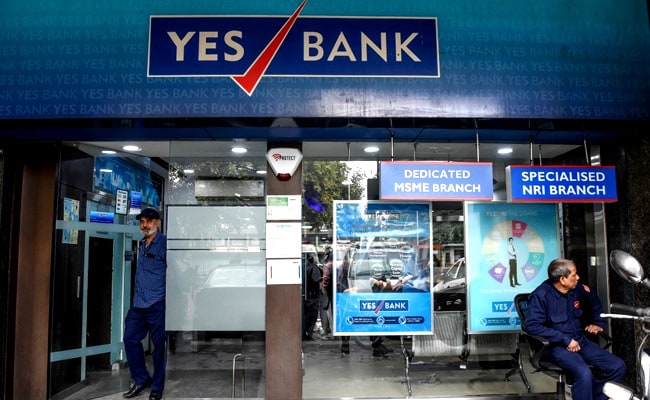 The Supreme Court on Tuesday stayed the criminal proceedings in the FIR lodged by Essel Group against the Yes Bank saying it cannot allow the police sitting in Gautam Buddha Nagar in Uttar Pradesh to freeze voting rights of shareholders of a company.

The bench also stayed the operation of two notices issued by Gautam Buddha Nagar police to the stock exchange and the National Securities Depository Limited (NSDL) asking it to not allow any transfer of shares of Essel group held by the bank.

A bench of Justices DY Chandrachud, AS Bopanna, and Vikram Nath said, "Using criminal procedure to achieve results of civil proceedings will have a dangerous consequence. Tomorrow, anybody will catch a police officer and stall the voting of a shareholder. This will be the easiest thing to do".

The bench said, "it cannot allow the police sitting in Gautam Buddha Nagar to freeze voting rights of shareholders of a public listed company. Here, the police have done something which the Company Law Tribunal won't do".

The bench said that it cannot allow this kind of act of police to happen in the country and that is why Article 226 of the constitution is a very valuable right under which the High Court can interfere in these kinds of cases.

The top court said, "We don't want this kind of power to be given to the police or they will start interfering in corporate matters. This is short-circuiting the judicial process by getting orders from police officers. This we will not allow."

It ordered, "Prima facie, at this stage we are of the view that it would be necessary to protect the interest of the petitioner in respect of the pledged shares and the pledge having been invoked. Hence, we issue notice and direct that pending further orders, there shall be the stay of the operation of the impugned notices. Also, there shall be a stay of further proceedings in respect of the impugned FIR". It asked the parties to file their counter affidavit within three weeks.

The top court was hearing an appeal filed by the bank against the November 25 order of Allahabad High Court refusing to quash the notices under section 102 CrpC and FIR lodged by the police. During the hearing, senior advocate AM Singhvi, appearing for Yes Bank said, this is one of the most extraordinary cases where "malafide" criminal proceedings are initiated to scuttle the voting rights of the largest shareholder of the Essel Group.

He said that the earlier Yes Bank had disbursed a loan of amount Rs 5270 crore to the Essel Group and its sister concerns between 2016 and 2018 and for it, 44.5 crore shares were pledged against it. Singhvi said that the pledge was invoked by the bank and it became the largest shareholder of the company and to prevent the bank from voting in the Annual General Meeting (AGM), which was earlier scheduled to be held on November 30, to change or refuse to reappoint the directors, these notices were issued.

Referring to the notices, Singhvi said, "This is nepotism at worst. It reeks of it and stinks of it. Just see the language of it. If the High Court will not interfere in these matters, where will I go?" He said that even in normal situations, the courts hardly interfere with the voting rights of shareholders and the transfer of shares; voting rights are axioms of company law and corporate law.

"It is a fundamental right to do business. I am a lender of over Rs 5000 crore and the shares I have under pledge are being rendered worthless by using the criminal procedure. This is an abuse of criminal procedure and the high court should have intervened and passed strictures", Singhvi said.

He said that against invoking the pledge, the Essel Group filed a civil suit in Saket court here but it was withdrawn earlier this year and the FIR which was also lodged last year, is suddenly acted upon this year. Senior advocate Kapil Sibal, appearing for Essel Group's Subhash Chandra, the original complainant, said that this case is not what is presented and he can show that the shares which are with the banks are tainted.

"The scheme was that I take a loan from Yes Bank and Videocon immediately returns that money to the bank to square off the books. There was complete round-tripping but the court knows in what state Videocon is today. The whole purpose was that you take my money and clean my books", he said.

He urged the court to allow him to file a reply in the matter and added that Yes Bank can move the magistrate court to avail its remedies as said by the High Court. Sibal said, "For 18 months they have not sold the shares and are sitting over it. The bank wants to take over the company. What business does the bank have to take over the company? They give loans and not take companies unless it is for somebody else".

Sibal asked the court to record his statement that he will not hold the AGM and if he is able to prove that the shares are tainted, then the police have every right to go after them. Singhvi intervened and said that the AGM which was scheduled for today was deferred because Yes Bank had mentioned before the CJI bench on Monday.