Yanis Varoufakis: I'd Rather Cut Off My Arm Than Accept Bad Deal 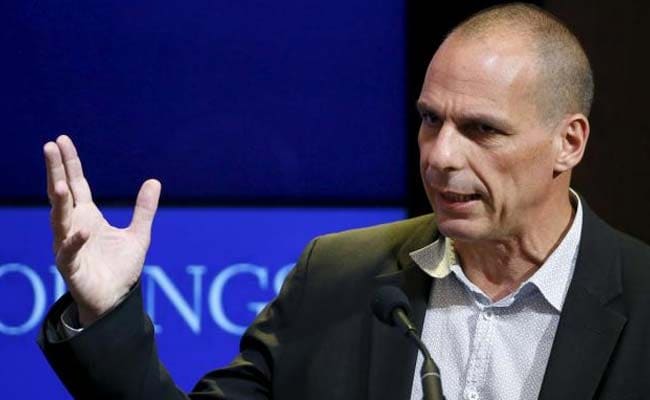 The Greek finance minister, Yanis Varoufakis, has pledged to resign if his country votes yes to the bailout plan proposed by international lenders.

Varoufakis, the academic-turned-minister who has riled his eurozone counterparts, said he would not remain finance minister on Monday if Greece voted yes. (Full coverage of Greece crisis)

In an interview with Bloomberg, the self-declared "erratic Marxist" said he would rather cut off his arm than accept another austerity bailout without any debt relief for Greece.

However, he said he was "quite confident" that the Greek people would back the government's call for a no vote.

Greeks are being asked if the government should accept a bailout plan that would restart financial aid in exchange for further austerity and economic reform.

With barely a week to organise a vote on a technical jargon-heavy question, the result remains on a knife edge. The latest poll had the yes vote at 47%, while 43% are against, according to GPO survey of 1,000 people. An earlier poll had put the no camp in the lead.

Eurozone leaders have made it clear that if Greece voted no, it would be saying goodbye to the euro.

Two former Greek prime ministers, Kostas Karamanlis and Antonis Samaras, both of the centre-right New Democracy party, issued separate calls for a yes vote. Going back to the drachma would kill the Greek economy, Samaras said.

Varoufakis insisted that a no vote would relaunch the Greek government's negotiations with its international creditors. He wants an end to five years of rolling over Greece's bailouts and "pretending" its debts can be repaid.

"What we are saying to the Greek people is no more extend and pretend. Please back us," he said.

Privately, the International Monetary Fund, one of Greece's three creditors, is concerned that Greece could be crippled by debt for years to come. Unpublished documents, drawn up by Greece's creditors and based on IMF calculations, revealed that the fund thinks Greece's debts would smother its economy. Publicly, the IMF maintains that Athens must sign up to reforms before getting debt relief.

This stance was reinforced by the IMF boss, Christine Lagarde, who said it would "be preferable to see a deliberate move towards reforms" in Greece before debt relief was offered.

"We are a radical-left government making proposals that any bankruptcy lawyer in New York would agree to in a jiffy," Varoufakis said, citing the troika documents, which were first obtained by Suddeutsche Zeitung and seen by the Guardian.

If Greece votes yes, Varoufakis made it clear that the government would "sign on the dotted line" for the bailout plan, even if some in the ruling Syriza party could not stomach it. "I am allergic to extend and pretend."

While it is an open secret that the German chancellor, Angela Merkel, and many of her colleagues would be happy to see Varoufakis toppled, the iconoclastic minister has also lost support at home. Many in the Greek government blame Varoufakis personally for the international isolation Greece now finds itself in. "There are many who would rather he had done things differently," a senior government official.

Varoufakis is a hugely influential member of Alexis Tsipras's administration. The Greek prime minister has faithfully followed his finance minister's agenda of game theory and brinkmanship in dealing with the EU and IMF.

Just hours before Greece's international bailout expired on Tuesday, Tsipras made a last-ditch plea for debt relief, a bailout extension and a €29bn (£20bn) loan. This was rejected by eurozone governments, triggering an unprecedented default by a European nation at the IMF.

Tsipras has also hinted that he could stand down, highlighting the fact that Sunday's referendum is also a battle for the survival of the radical-left Syriza party.

As the campaign heats up, the Greek economy has ground to a halt, with spending withering as a result of the imposed €60 (£40) withdrawal limit at banks. Shops have closed, assembly lines have stopped and staple foods are disappearing from supermarket shelves amid panic-buying.

Asked whether he had stood in an ATM queue, Varoufakis said he and his wife must be the only Greeks who hadn't.

"Let's not personalise this," he said. "My wife and I are living a very frugal life at the moment, simply because we are inundated, moving from one political meeting to another."