Sun TV: The company's shares have been under pressure since the beginning of the year. 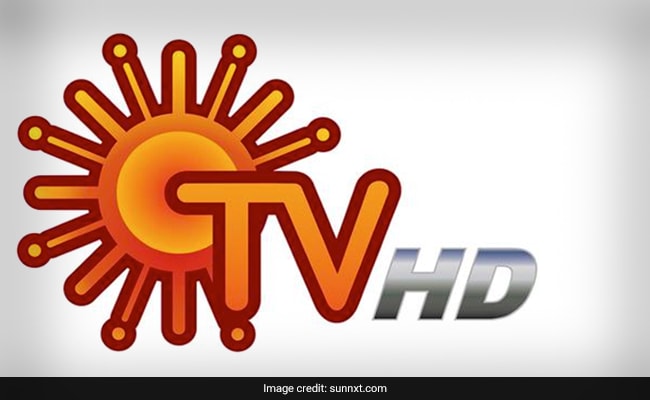 Sun TV shares have declined more than 4% in the last five days.

Indian share markets are feeling the heat again on the back of a likelihood of tighter US monetary policy. The rising number of Covid-19 infection numbers in China are also weighing on sentiment.

Amid all this, many stocks are taking a turn for the worse.

Sun TV's share price fell 9% on Friday, 18 November, along with 320 other stocks that ended the week on a low note.

So why did the company's shares fall? And what is the near-term outlook for the stock?

The company reported a 3% YoY decline in revenue for the September 2022 quarter due to subdued performance of its advertising business.

Advertising revenue for the quarter remained muted at Rs 3.4 billion, impacted by the drastic cut in advertising by fast-moving consumer goods (FMCG) firms. This is significant as the consumer sector accounts for 50-60% of the advertising pie in the broadcasting space.

Besides this, regulatory embargo on subscription and higher amortisation pertaining to unabated increase in inventory led to disappointment. Sun's subscription revenues were impacted by the pricing embargo ahead of implementation of the new tariff regime (NTO2.0).

However, despite the drop in revenue, the company's operating profit margin expanded by nearly 3% to 65.1%. Net profit also came in higher by 3% YoY.

Note that the September quarter numbers of other media companies such as Zee Entertainment have also come in below street estimates.

The near-term outlook for Sun TV is bumpy given the lack of clarity on implementation of NTO2 and the weak advertising outlook for the second half of the financial year, given the cautious stance of FMCG companies.

However, as input cost pressures ease for consumer majors, advertisements could make a comeback. The company could also benefit, given market share gains and attractive valuations of the stock.

Sun TV shares have declined more than 4% in the last five days and more than 8% in the month gone by.

At the current price, Sun TV trades at a PE multiple of 10.8 and a price to book value multiple of 2.2.

The stock's promoter holding stands at a strong 75%. FIIs have steadily increased their exposure to the stock. FII ownership stood at 8.09% in September 2021. As of September 2022, FIIs hold a 9.79% stake. 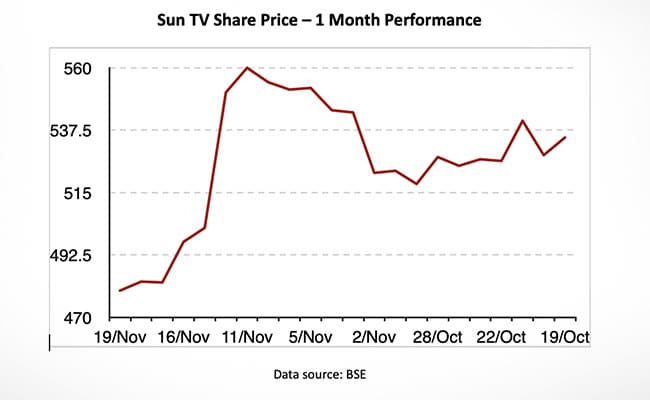 It is a part of Sun Group and is one of Asia's largest TV networks. The company was established in April 1992 by Kalanithi Maran.

(Disclaimer: This article is for information purposes only. It is not a stock recommendation and should not be treated as such.)