Why stocks may be even riskier than you think 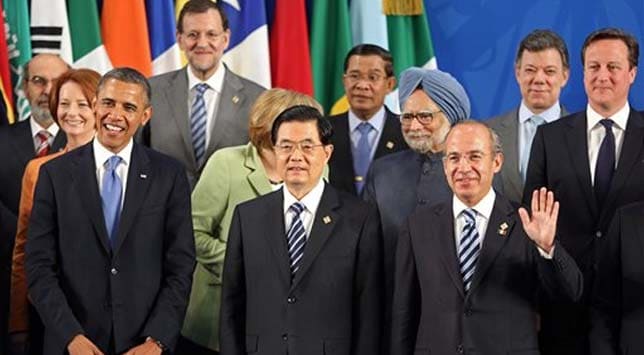 Job growth in the United States is slowing. Sales at stores have stopped growing. The economies of India, Brazil and China are cooling. Europe is crippled by government debt and bad bank loans.

But there's not much to worry about — at least if you ask the Wall Street analysts who give advice on which stocks to buy and sell.

This famously cheery group says earnings at the biggest U.S. companies, which appear at a standstill today, will start growing again this summer, then leap 15 percent in the last three months of 2012 from a year earlier.

To investors who believe these stock analysts — and who think that stocks are therefore a bargain — some veteran market watchers have a word of warning, or rather two: You're dreaming.
"Unless something miraculous happens, like all of a sudden Greece is wonderful, I don't see how we get 15 percent," says Christine Short, a senior manager at S&P Capital IQ, a research firm, referring to one of Europe's troubled countries.

Says Brian Lazorishak, portfolio manager at Chase Investment Counsel: "To get there you almost need an acceleration in economic growth. How and where does that come from?"

Don't ask the economists. They've been cutting estimates for economic growth, not raising them. The stock analysts don't appear to have noticed. For months, they've been telling investors to buy stocks because they're cheap.

The figure cited most often is the so-called forward price-earnings ratio, which is a company's stock price divided by the earnings per share expected over the next 12 months. A lower ratio suggests stocks are cheaper.

For companies in the Standard & Poor's 500, the ratio is 12.3 times, compared with a 35-year average of 12.9. That suggests stocks are reasonably priced. But if the earnings forecasts prove too high, stocks could look less appetizing, or even expensive.

It wouldn't be the first time analysts misled investors.

In June 2007, analyst estimates for the next 12 months had the S&P 500 trading at 16 times. By the end of the year, the economy was in recession, and the forecasts turned out too high. Analysts slashed them, but stocks were already dropping.

As it turned out, based on earnings that companies ended up generating, stocks had been trading in June at an expensive 22 times earnings per share.

Analysts are notorious for taking a long time cutting forecasts. In January, they predicted earnings for the April-June period would rise 4 percent from a year earlier, according to S&P Capital IQ. Now, they say earnings will fall 0.5 percent for that period.

The same pattern is playing out for the July-September quarter, too. Analysts think earnings will be up 4 percent, down from their estimate in January of more than 7 percent.

S&P's Short says she's impressed with how closely the analysts are holding to their 15 percent call for last three months of the year.

Part of the reason for the stubborn sunniness may be that analysts take their signals from the companies they cover, and Short says many companies have chosen to be vague about their prospects for later this year.

The few that have gotten specific have found investors in a less than forgiving mood.

On Wednesday, Scotts Miracle-Gro, a maker of lawn and garden products, cut its estimates for the year, and investors pushed its stock down 6.6 percent. On Friday, it was AAR Corp.'s turn to get slammed. The defense contractor said it might not earn as much as expected, and its stock plunged 7 percent.

The backdrop is a quickly darkening economic picture.

Last week, the government reported that shoppers spent less at stores for a second straight month in May, the first back-to-back decline in two years. That followed news that companies cut orders to factories for a second month in row and have pulled back on investment plans.

Earlier in the month, the government said employers added just 69,000 jobs in May, the fewest in a year. Not surprisingly, economists at JPMorgan Chase, BNP Paribas, UBS and other banks have been cutting estimates for U.S. growth this year.

Some of the bullishness by stock analysts rests on companies whose earnings are tied to rising commodity prices. But lately those prices have been moving in the opposite direction, and sharply. Copper, cotton, aluminum, platinum, you name it — all are down this year. The most widely watched of commodities, oil, has dropped 15 percent.

Analysts expect earnings at energy companies like Chevron and Exxon Mobil to increase 17 percent in the last three months of the year versus a drop of nearly 7 percent this quarter.

Earnings of materials companies like Alcoa, an aluminum maker, are somehow expected to rise 40 percent in the last three months. They're expected to drop nearly 11 percent this quarter.

David Kostin, a strategist at Goldman Sachs, thinks earnings for the S&P 500 will barely grow from here, eking out maybe a 3 percent gain for the year, less than half what the typical analyst projects.

Promoted
Listen to the latest songs, only on JioSaavn.com
Using his figures, the S&P 500 is trading at 13.4 times earnings over the next 12 months, slightly above its 35-year average.