Why Is Indian Hotels Share Price Falling After A Stellar Performance?

After a stellar performance in 2022, Indian Hotels shares hit a roadblock. Find out why. 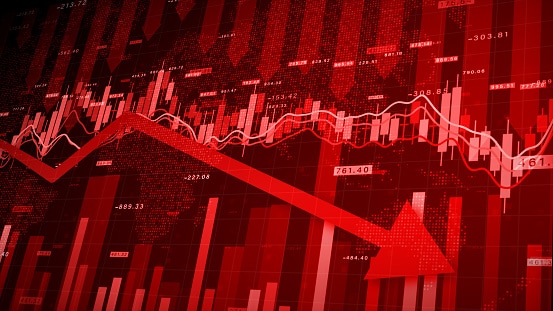 Nearly two months ago, we wrote to you about why hotel stocks were booming and what the future holds for them.

In their Q1 results of this financial year, majority of hotel companies reported improvement in revenues and profits due to surge in demand as the occupancy rate exceeded pre-Covid levels.

Hotel companies were also able to raise prices as the re-opening of economy allowed corporate travel, exhibition, and conferences. A report from The Economic Times states that bookings for weddings and corporate events have grown over 15% year-on-year (YoY) for the second half of the current financial year.

What this means is hotel companies will see even more demand for rooms.

Now, when you discuss hotel stocks in India, certainly the first name to pop up is Tata group company Indian Hotels.

With a strong parentage from the Tatas, Indian hotels is among the best hotel stocks in India.

Strong earnings and aggressive expansion plans helped the Tata group company become one of the favourite stocks of 2022.

As things stand now, the company's share price has hit a roadblock after delivering sweet returns throughout 2022.

Indian Hotels share price is down around 10% in the past five trading sessions.

Last week on Friday, Indian Hotels reported a profit after tax (PAT) of Rs 1.2 billion (Rs 122 crore) for the September 2022 quarter. This compared with a net loss of Rs 1.2 billion in the same period a year ago.

The company's EBITDA margins expanded 800 basis points to 23.9 per cent. This was the highest ever margin Indian Hotels reported in the past 10 years during the September period.

Certainly, the results were good, but the street was expecting Indian Hotels to report better numbers.

As the stock ran up throughout 2022 and was trading near its 52-week high levels, investors took note of the valuations and booked profits.

In Q1 of financial year 2023, Indian Hotels reported improved performance amid a surge in demand as the occupancy and rates exceeded pre-Covid levels.

Being a cyclical stock, Indian Hotels is exposed to the changes in the macro-economic factors, as well as and tourist arrival growth in India.

As things stand now, the global economy is still in a state of uncertainty. Recession fears, higher interest rates, and other geopolitical changes still loom large. In these situations, people's tendency to spend on leisure and travel gets affected.

Earlier this month, it was reported that there was a fall in hotel bookings by 4 per cent between April to September this year.

The fall was witnessed in Revenue Per Available Room in Q3 2022 (July to September) as compared to Q2 2022 (April to June). The report highlighted this was an effect of reduced corporate travel amid long weekends and festivals.

So this could be another reason why investors have become wary.

Note that Indian Hotels has already embarked on its growth trajectory by opening 40 hotels in the past five years labelling it as one of the fastest growing hospitality chains in India.

Going forward, the company intends to adopt an asset light model of operations which involves balancing a 50-50 portfolio of owned hotels versus management contract hotels.

Business recovery remains robust, and travel demand continued to strengthen with India and other key markets like the US and UK growing double-digits year-on-year, driving a 67 per cent growth in revenue and a return to strong profitability in the traditionally weakest quarter for the industry.

Despite inflationary pressures, rate premiums enabled by the strength of our brands resulted in an EBITDA margin of 25.4 per cent and 30.6 per cent for IHCL consolidated and standalone for the second quarter, respectively, which is an expansion of over 7 percentage points as compared to pre-Covid.

How Indian Hotels Have Performed In 2022

In the past five trading sessions, the stock is down around 10 per cent. On the day it declared results, Indian Hotels fell over 5 per cent.

Take a look at the table below which shows the comparative analysis of Indian Hotels on various parameters.

When discussing hotels in India, it is impossible not to acknowledge the Indian Hotels. The company owns Taj, Vivanta, and Ginger, which are all well-known and elegant hotels.

The company recently announced its 'Ahvaan 2025' plan. Under this plan, it will re-engineer its margins, re-imagine its brandscape, and restructure its portfolio.

The company aims to build a portfolio of 300 hotels, clock 33 per cent operating profit margin with 35 per cent share contribution from new businesses and management fees by the financial year 2025-26.

This article is syndicated from Equitymaster.com.