Why Is Fortis Buying Back Its Assets Less Than 7 Years After Divesting? 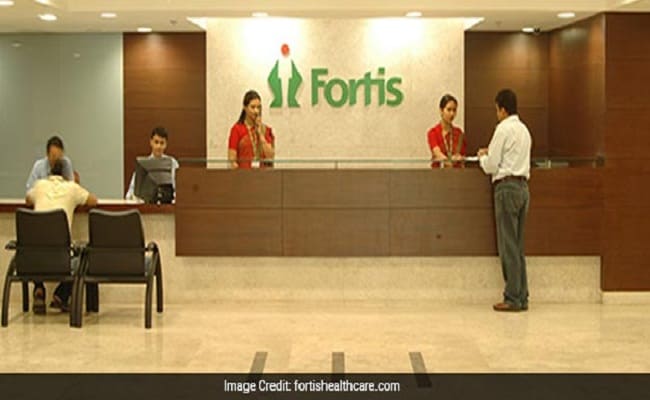 In November 2017, Fortis announced its intention to buy over the assets of RHT

Last week, the Trustee-Manager of RHT Health Trust, a business trust listed on the Singapore Exchange (SGX), announced the completion of the process of disposing its entire portfolio of healthcare assets. Fortis Healthcare, a listed company in India and, also the controlling unitholder with a 30 per cent stake will pay 895.55 million Singapore dollars ($660 million) including debt of some 220 million Singapore dollars.

RHT Health Trust, which was originally named Religare Health Trust, netted Fortis about 510 million Singapore dollars when it listed in October 2012. It was then the largest IPO of a business trust sponsored by an Indian company in Singapore and the second largest primary listing in Singapore that year.

In November 2017, Fortis announced its intention to buy over the assets of RHT. The deal is aimed at consolidating the entire portfolio of RHT Health, comprising two hospitals, 12 clinics and four new clinics into Fortis. These hospitals and clinics operated by RHT Health subsidiaries International Hospital Ltd, Fortis Health Management Ltd, Fortis Hospotel Ltd, Escorts Heart and Super Speciality Hospital Ltd, and Hospitalia Eastern Pvt Ltd will now all come under the Fortis umbrella. All these companies will become Fortis subsidiaries after the acquisition.

On Friday, RHT announced that it will distribute 0.752 Singapore dollar per unit to unitholders within 45 calendar days from completion of the disposal in accordance with the requirements of SGX. This was in fulfilment of its commitment to distribute 95 per cent of the net proceeds from the sale to unitholders. It will retain 32 million Singapore dollars as undistributed proceeds to cover on-going expenses of the Trust while it seeks a new business.

As a result of the disposal, RHT will cease to have any operating business and its assets consist wholly or substantially of cash, and hence RHT is now deemed to be a cash trust.

Why did Fortis set up RHT in the first place?

Back in 2012, then Fortis Healthcare executive chairman, Malvinder Singh was quoted saying, "the increasing demand-supply gap in healthcare delivery requires a significant increase in investment. By pursuing this model, we are focusing on our core strength of delivering superior healthcare services with an emphasis on specialisation and widening the access to quality medical care."

It appeared then that Fortis was following an emerging international business strategy of being asset light so that they can access funds to sustain and accelerate business growth.

Why is Fortis buying back its assets less than 7 years after divesting?

When its intention was announced in November 2017, Fortis said, "the transaction is beneficial and will be value accretive for the company and its shareholders as it would save significant clinical establishment fees that Fortis currently pays."

Bhavdeep Singh, CEO of Fortis Healthcare, added, "This restructuring is a significant initiative and will integrate RHT's entire India-based asset portfolio into Fortis, while also improving the overall financial health of the business."

Analysts are speculating that buying back of its assets is an effort to strengthen Fortis' balance sheet in advance of an attempt to sell part of the company or to find a strategic partner.

The company has been known to be talking to private equity funds as well as strategic investors including IHH Healthcare which is controlled by Malaysia's sovereign wealth fund Khazanah Nasional Berhad.

IHH Healthcare acquired a 31.1 per cent stake in Fortis in November 2018 but has been stopped by the Supreme Court from making an open offer for a further 26 per cent stake.

The legal complication arose because of a court battle between brothers Malvinder and Shivinder Singh - former promoters of Fortis - and Japanese drugmaker Daiichi Sankyo.

The Japanese company has been trying to stop the sale of Fortis on the grounds that it would hinder its ability to enforce an arbitration award against the brothers, who Daiichi alleges withheld crucial information when they had sold drugmaker Ranbaxy in 2007. The Delhi High Court has restrained Fortis from selling any assets without its permission.