Why Gurgaon is a better property destination than Noida 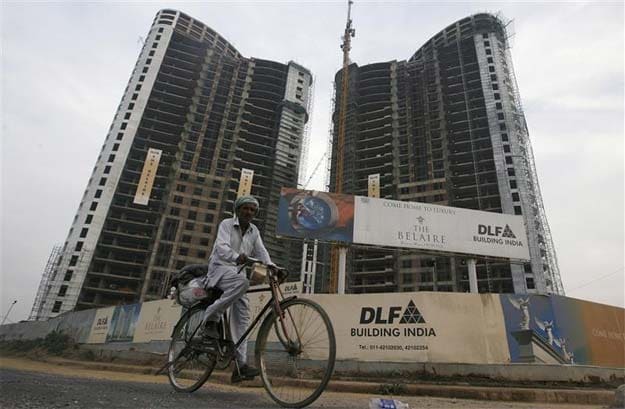 Home sales rose across most major markets in the country between January and March 2013 compared to last quarter of 2012, thanks to new project launches at attractive prices and the discount schemes on offer. Expectations of further rate cuts on home loans and the impending revival of the economy is likely to further fuel demand for new homes.

If you are planning to buy a house around Delhi, Noida and Gurgaon must be high up on your list. The satellite cities are the most sought after destinations when it comes to the National Capital Region.

Often called the 'Millennium City', Gurgaon saw demand for new homes slowing for the third consecutive quarter, according to a Bank of America Merrill Lynch report. However, the slowdown in demand had no effect on prices, which rose by an average 4.5 per cent across projects over the three-month period, the report says.

Fewer project launches during the quarter, lower inventory and rising speculation among investors led to a strengthening of prices.

Real estate biggies like DLF and Unitech, which have executed large projects in Gurgaon, launched fewer apartments to focus on execution and inventory clearance. The absorption rate in Gurgaon is slowing but is still the highest in the country among tier I cities indicating robustness in the market, Bank of America adds.

Gurgaon has the lowest unsold inventory of unsold flats in the country, the report says.

According to Bank of America, Gurgaon will continue to show strength on the back of rising number of end-users and investors.

Noida also witnessed a slowdown in new launches in the first quarter of 2013 but, unlike Gurgaon, demand remained steady.

Noida is the most affordable city among tier I cities, but its absorption rate has remained subdued and unsold inventory continues to rise since year 2010, Bank of America Merrill Lynch says.

Home prices have remained depressed in Noida because of a large number of project launches, poor execution and tepid price appreciation. As a result, investors have fled the market.

Promoted
Listen to the latest songs, only on JioSaavn.com
Bank of America Merrill Lynch said the timely execution of projects will be the differentiating factor for Noida in the near future.

So, if you are an end user looking for affordable housing, Noida is a suitable destination. For those with deeper pockets, especially investors looking to make a quick buck, Gurgaon is the way to go.