With the formal launch of the 5G services, mobile users in India are eager to find out about the compatibility of their devices. 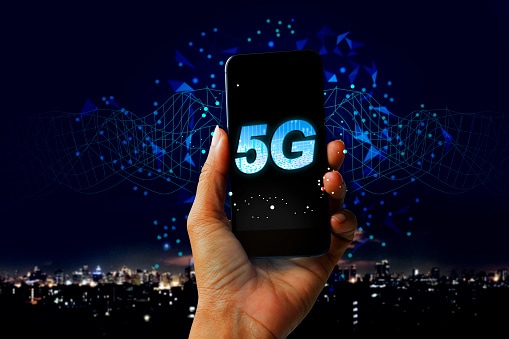 With the formal launch of the 5G services, mobile users in India are eager to find out about the compatibility of their devices.

Meanwhile, telecom operator Bharti Airtel has developed a guide to educate which handsets are already 5G enabled by their original device manufacturers. It claimed that Airtel 5G Plus works on all 5G handsets.

The Airtel's guide has a list of 116 handsets - comprising Realme, Xiaomi, Oppo, Vivo, iQOO, Apple, OnePlus, and Samsung, among others -- which are 5G enabled. The list also has some more

handsets of various manufacturers where the software update is needed.

Check whether your mobile phone has 5G compatibility

5G In India:
The central government intends to cover 5G services across the country within two years, said Union Electronics and Information Technology minister Ashwini Vaishnaw recently at an event.

The government, in mid-August, issued spectrum allocation letters to telecom service providers while asking them to prepare for the rollout of 5G services.

Earlier this month, Bharti Airtel said it had launched "Airtel 5G Plus" services in eight cities - Delhi, Mumbai, Chennai, Bengaluru, Hyderabad, Siliguri, Nagpur and Varanasi - and would cover all of urban India in 2023.

Reliance Jio has also announced it will launch high-speed 5G telecom services by Diwali this year in multiple key cities such as Delhi, Mumbai, Kolkata and Chennai. Subsequently, it intends to expand its 5G network to every town, tehsil and talukas across the country by December of 2023, which is nearly 18 months from now.

The 5G rollout is also expected to bring more development in remote data monitoring sectors such as mining, warehousing, telemedicine, and manufacturing, among others.