What's at stake for Vijay Mallya if Kingfisher fails: Report 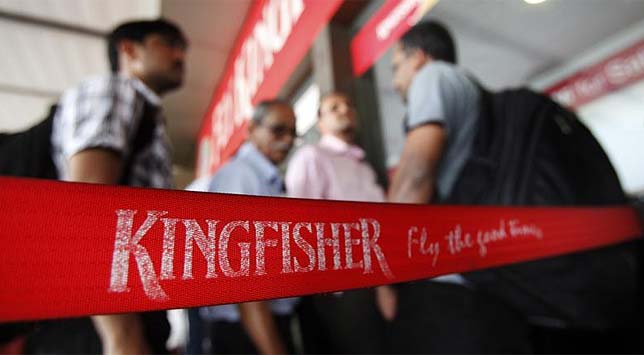 If liquor baron Vijay Mallya's Kingfisher Airlines fails, lenders owed $1.4 billion may end up with a small stake in his spirits business, a modest office building, the carrier's brand, and not a lot else.

A $16 million beachfront villa in Goa, where Mallya throws parties and shoots his Kingfisher swimsuit calendar, is owned by his UB Holdings Ltd (UBHL) and pledged as collateral to State Bank of India, Kingfisher's lead bank. But Mallya's UB Group wants to swap the villa for another asset and says it has the right to do so. SBI is resisting.

Through interviews with bankers, lawyers, and others in the financial industry, as well as information provided by the company and publicly available data, Reuters has pieced together what parts of Mallya's empire are at risk if Kingfisher falls.

The airline was launched seven years ago by Mallya, who is known as the "King of Good Times" for his flamboyant lifestyle and often referred to as India's Richard Branson.

While Kingfisher has never made a profit, it grew quickly to become India's No.2 airline by domestic market share. It has since been knocked back to sixth, crippled by high debt and fierce competition.

Banks have guarantees of more than $1.2 billion from Mallya and his holding company, but collecting on them could prove difficult, and most of Mallya's lenders, mainly state banks, would pursue that only as a last resort, people familiar with the matter said.
No shares or other assets were directly pledged to banks against specific loans, according to Kingfisher.

"There is no security to fall back upon," said Sharad Bhatia, CEO of Phoenix Asset Reconstruction Co, a distressed debt investor backed by Kotak Mahindra Bank that does not have exposure to Kingfisher but is familiar with the matter.

"Ultimately, banks will have to take a haircut," he said.


After cancelling thousands of flights late last year, cash-strapped Kingfisher has grounded most of its fleet and is desperately awaiting a rule change to allow investments by foreign airlines, although none has publicly expressed interest.

Kingfisher's woes have prompted speculation that British rival Diageo will make a play for United Spirits while Heineken goes after United Breweries.

United Breweries, Mallya's crown jewel, does not have direct exposure to the airline or its creditors.

If the politically powerful Mallya were forced to sell some of his shares in the maker of Kingfisher beer, he could remain in the controlling shareholder group alongside Heineken, which has an equal stake, given the value he brings in a heavily regulated Indian alcohol industry.

United Spirits, the other big listed company in Mallya's stable, could also be hard for Kingfisher's creditors to prise away against his will. Of Mallya's 28 percent of United Spirits, the world's biggest liquor maker by volume, part of the 18 percent held by holding company UBHL is pledged to lenders that funded its $1.2 billion 2007 acquisition of Scottish spirits maker Whyte and Mackay.

The UB Group says it does not see a risk to Mallya's empire.

"Since there are no shares pledged except the 4 percent of USL (United Spirits) there is no risk of Vijay Mallya losing control over any listed company," Prakash Mirpuri, a group spokesman, told Reuters in an email.

Banks are putting pressure on Mallya by moving to sell the Bombay House office building near Mumbai's airport, worth roughly $9 million, and the villa.

The Kingfisher Airlines brand was valued at 41 billion rupees in 2010 and is now worth 25 billion rupees, one lender said. It is worth less to anyone other than Mallya, 57, who named the carrier after his flagship beer in a country that bans alcohol advertising.

"Selling off a brand, valuing it, is not an exercise that has happened before so we want to start with something that we understand first," said a senior executive with one of Kingfisher's lenders. "We have already started the process of liquidating the securities, the tangible ones - Goa villa and Bombay House. That will begin to hurt Mallya," he said.

UBHL has guarantees of more than 67 billion rupees to banks and about 22 billion rupees to aircraft lessors on behalf of Kingfisher, according to a note by UBHL's auditors in May, but the true value of those guarantees is difficult to ascertain. Unlike collateral, guarantees are not tied to specific assets.

Mallya, who also owns a cricket franchise and last year sold a 42.5 percent stake in his Formula One racing team to India's Sahara group, has given a $50 million personal guarantee.

"When we do our valuation, we practically don't give much value to guarantees unless it is a government guarantee."

Until February, Kingfisher was a subsidiary of UBHL, a holding company controlled by Mallya and described as "the central piece that holds it all together" on the cover of its annual report for the financial year that ended in March 2011.

The airline stopped being a subsidiary when part of Kingfisher's debt was converted into shares.

"Nobody can assume that UBHL will automatically be called upon to pay 100 percent of KFA's debts. There are procedures to be followed to establish the net amount if the need arises. Besides UBHL has several counter claims against KFA suppliers," group spokesman Mirpuri said.

UBHL has a market value of just under $100 million and had liabilities of about $2.58 billion, more than three times its assets, according to Thomson Reuters data as of March 31, 2011, when its biggest asset was Kingfisher, which is worth less now.

"Invoking guarantees is not a simple process that you invoke today and you get a cheque tomorrow. It's a long process - a year or forever. You never know," said a source familiar with the matter, declining to be identified given the sensitivity.

Diageo held talks that collapsed in May 2009 to buy a minority stake in United Spirits, and typically invests in businesses that it can eventually control.

Heineken is engaged in a takeover battle for Singapore's Asia Pacific Breweries <APBB.SI>. Sources said in March that Mallya was considering selling part of his stake in United Breweries to Heineken.

Neither Diageo nor Heineken is currently in talks with the UB Group, according to people familiar with the matter.

"UBHL has no plans to sell its holdings in UBL (United Breweries) and USL (United Spirits)," Mirpuri said.

Mallya and Heineken each own 37.5 percent of United Breweries. If Kingfisher's banks called in UBHL's guarantee, UBHL may be forced to sell its 11.5 percent of United Breweries. That would still leave Mallya with 26 percent, a board seat and a say in management decisions, unless Heineken tried to force him out, something it appears unlikely to do.

"Dr Vijay Mallya provides significant added value as an ambassador for the industry's interests and is a member of Indian parliament," Heineken said in a December presentation.

The Mallya team's view is unequivocal.

"There is no question of Heineken acquiring any additional stakes in UBL," Mirpuri said.

Kingfisher's lenders are mostly state banks, and many frustrated bankers appear resigned to recovering as little as $25-$30 million, at least in the near term.

India does not have a formal bankruptcy process. Instead, banks typically extend more credit to tide big customers like Mallya through tough times. It is rare for Indian banks, especially state lenders, to force a liquidation, and rarer still for a big Indian company like Kingfisher to collapse.

Promoted
Listen to the latest songs, only on JioSaavn.com
"Indian banks don't pull the plug. I think that's really sort of the bottom line here, unless they're really pushed to do," said Ashwin Ramanathan, a partner at law firm AZB & Partners in Mumbai.