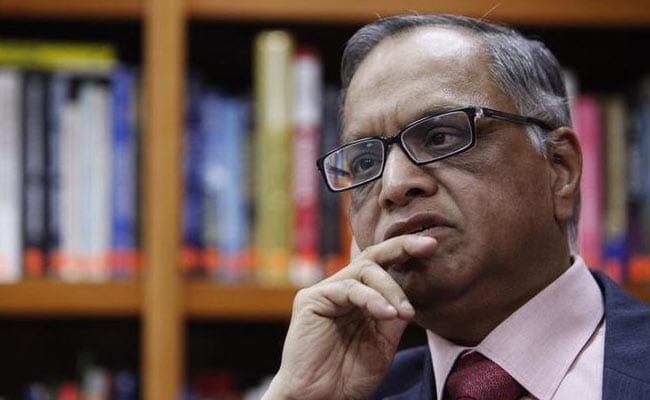 "Arvind Subramanian has already recognised the problem that data on jobs is not accurate," said Murthy.

"I entirely agree with the Chief Economic Advisor, Mr Arvind Subramanian. He has already recognised the problem that data on jobs is not accurate. This is an important and an essential first step to address the issue," he told reporters on the sidelines of inauguration of Synergetic Security operation Centre of SISA, a payment security specialist, here.

According to media reports, the government has kicked off a new employment survey to create closer-to-real-time credible information, the first tranche of which is expected to be revealed in December next year.

"The data thus collected will help government and companies make analysis as to what are the areas where we have higher unemployment - in which all states it is high, and which all states it is low, and automatically, we will find out what kind of encouragement we need to give to entreprenuers to create jobs, in certain parts of the country and sectors of the economy," Murthy said.

Murthy also said he listens to Subramanian with tremendous attention and care,  because he is a learned and a highly qualified person.

Promoted
Listen to the latest songs, only on JioSaavn.com
Asked if such genuine data would become a cause of embarrassment for companies which were negating a huge number of job losses, Murthy said, "We should not worry about who gets embarrassed, who doesn't. That is not the important thing. I wouldn't worry."