What experts say on better-than-expected growth in September quarter 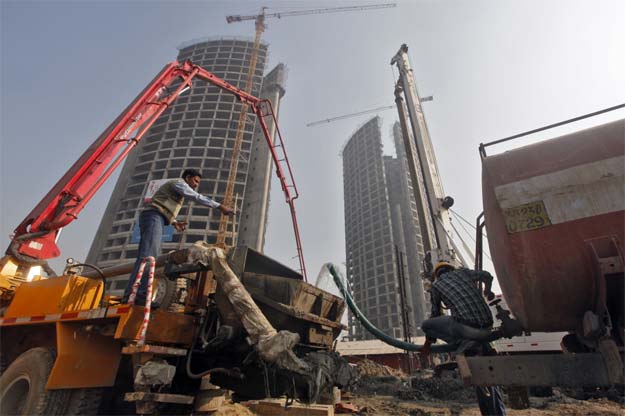 The Indian economy grew a higher-than-expected 4.8 per cent in the three months through September, helped by an uptick in agriculture and construction, government data showed on Friday.

Analysts polled by Reuters had forecast a 4.6 per cent growth during the period. This was the fourth successive quarter with a sub-5 per cent GDP growth. (Read more)

"The GDP data has more or less been in line with expectations suggesting that the slowing cycle has bottomed. While some lead indicators do point towards stability going forward, we still need more evidence to conclusively call for a sustained revival."

"From a policy perspective, today's GDP print is unlikely to change the course of action by the Reserve Bank of India."

"While inflation continues to remain above comfort levels, we expect RBI to pause in the forthcoming meeting and closely monitor the impact of the harvest on food prices, which should feed into the inflation numbers from the next month's reading."

"The visible improvement in the Q2 FY 14 number was primarily because of good agricultural growth followed by rise in electricity and manufacturing outputs."

"We expect further improvement on the headline growth due to the above mentioned factors in the coming quarters."

"Though a good monsoon and favourable current account deficit would boost the numbers in the second half of the fiscal year, a higher inflation coupled with political uncertainty is perceived to be near mid-term bottlenecks in improving the fundamental growth drivers and investment scenarios in the economy."

"The GDP growth is being driven primarily by agriculture and construction."

"Manufacturing is a tad better but to have a growth of 5 per cent for the full year, the second year growth has to be in the band of 5.5 to 5.8 per cent, and that depends on how the rabi (winter-sown) crop pans out and with what speed the government further clears stalled projects."

"We also need to see after the clearance with how much lag the activity actually starts at the ground level. I don't expect the RBI to loosen monetary policy in any way, and today's data is in a way supportive of a tighter monetary stance and gives the RBI some cushion to continue with its anti-inflationary stance."

"Going forward, we see robust agriculture output in the third quarter, given the cues from Q2. So as such, it will lend support to consumption revival and recovery in the third and fourth quarter. We continue to maintain 4.9 per cent for the full year."

"The RBI rate decision will be contingent on incoming inflation data, though we anticipate incremental softening of food prices month-on-month, but the headline inflation both CPI and WPI may range around 10 per cent and 7 per cent respectively."

"However, incremental behaviour of prices may also provide some comfort to the RBI so we do not see a rate hike necessarily being executed in December while we do anticipate a 25 basis points (0.25 per cent) rate hike in January."

"The GDP (gross domestic product) numbers released today indicated some recovery with with Q2 FY14 growth reported at 4.8 per cent...It is encouraging to see that the actual numbers have surpassed expectations and we believe this trend will continue."

"Going ahead, the prospects of the Indian economy look bright with the expectation of more consolidated growth and macro-economic stability."

"...the growth of GDP at sub 5 per cent level for the fourth consecutive quarter is worrisome. The two drivers of growth this year - good monsoons and exports - are insufficient to pull the economy out of the present slowdown, as mining, manufacturing and service sector output remainssubdued."