Parents worry about being adequately prepared to support education for their children as prices continue to rise yearly. 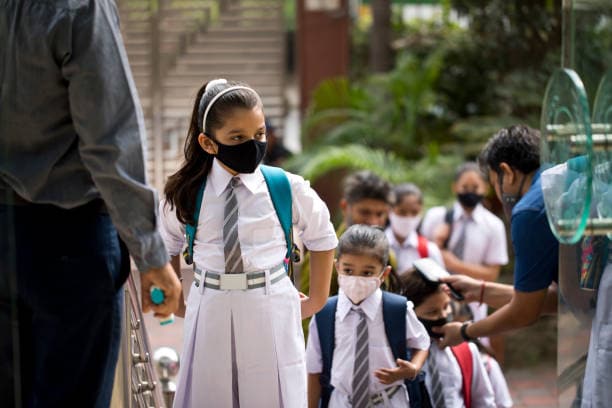 In India, raising a child with a private school education is expensive.

Although inflation has reached uncomfortably high levels, experts argue that these figures do not adequately reflect the suffering caused by rising college costs as that is not part of the composition considered to measure the price change over a period.

Educating a child at a private school in India from the age of three to 17 costs an astounding Rs 30 lakh, according to an ET Online research.

According to analysts in that research, the expense of expanding private education, which is weighted at just 4.5 per cent in the consumer prices index based on a formula that is ten years old, has not been properly recognised in inflation figures.

According to ET Online research, educating a child at a private school in India from the age of three to 17 costs an astounding Rs 30 lakh.

A report in Economic Times states that, according to EduFund, between 2012 and 2020, the cost of education in India increased by about 10-12 per cent. Periodic increases in not just the tuition fee but also the cost of transportation and exams impact parents' overall spending.

The calculations, according to the Economic Times report, were done under the assumption that the students were enrolled in a private school.

The admission fee is a one-time cost associated with enrolling a child in school.

Most schools in Tier-I cities have an entry fee ranging from Rs 25,000 to Rs 75,000. If a second child is enrolled in school simultaneously, some institutions give parents discounts ranging from Rs 10,000 to Rs 20,000.

Kindergarten and nursery are included in preschool. In most schools in Tier-I and Tier-II cities, the annual tuition fee might range from Rs 60,000 to Rs 1.5 lakh.

The average annual tuition for middle school is between Rs 1.6 lakh and Rs 1.8 lakh, and the total cost is almost Rs 9.5 lakh.

Most institutions charge an additional Rs 1,500 to Rs 2,500 per month for transportation. Parents typically spend Rs 25,000 on transportation annually, but as fuel prices rise, this may alter.

Most middle-class parents now start saving early for college education, which is even more expensive than school.

The cost of elite higher education, too, is steep. It costs about Rs 4 lakh to Rs 20 lakh to enrol in a top-tier institution for a four-year BTech or a three-year BSc course.

Coaching costs for entrance examinations like JEE and other tests can cost anywhere between Rs 30,000 and Rs 5 lakh.

A Chartered Accountancy professional course costs around Rs 86,000, not including coaching fees. According to experts, the ET report states that parents should begin making plans for their children's education as soon as feasible.

To properly allocate their savings, parents might break down their short-term and long-term goals.

How PPF (Public Provident Fund) Can Get You Big Returns. Read Here