Supreme Court on Tuesday extended the deadline of March 31, 2018 for linking of various services with Aadhaar card number.

The Supreme Court on Tuesday extended 'indefinitely' the deadline of March 31, 2018 for linking of various services like mobile SIM cards, existing bank accounts and PAN (permanent account number) cards with Aadhaar cards. Aadhaar is a 12-digit number issued by the Unique Identification Authority of India (UIDAI) to the residents of India after satisfying the verification process, mentioned UIDAI on its official website -- uidai.gov.in. However, the UIDAI, on microblogging site Twitter, also said that the requirement of Aadhaar card number for opening new bank accounts and applying for Tatkal passports under the relevant laws continue.

The Supreme Court on 13th March 2018 has extended the last date for linking of Aadhaar in bank accounts, PAN cards, SIM cards, etc from 31st march 2018 till the date of the final judgement. 1/3

As per the Supreme Court's order dated 13th March 2018, the requirement of Aadhaar for opening new bank accounts and applying for Tatkal passports under the relevant laws continues. 2/3

However for those who do not have Aadhaar, they are required to apply for Aadhaar and provide the Aadhaar application number while applying for availing the aforesaid services. 3/3

How to check where Aadhaar card has been used

2. Enter your Aadhaar card number and the security code.

(Enter your Aadhaar card number and the security code.)

(Also Read: What Is E-Aadhaar Card? Steps To Download It And Other Details)

4. Enter the OTP (one-time password), which will be sent on your registered mobile number. 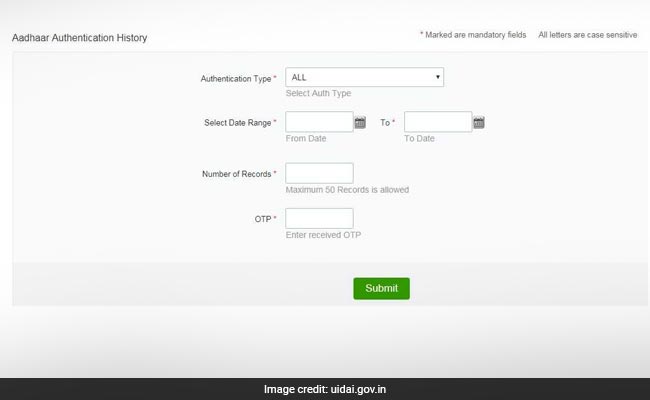 (You would receive an OTP on your registered mobile number.)

5. After entering all the details you'll be directed to a page that shows your Aadhaar card number history.

Promoted
Listen to the latest songs, only on JioSaavn.com
(Also Read: Want to Change Aadhaar Card Address Online? Here's How You Can Do It) 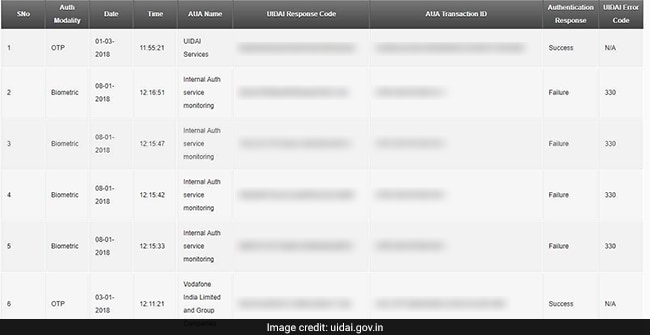 The earlier deadline for linking Aadhaar with several financial services and welfare schemes was December 31, 2017.