Analysts increasingly see a US recession looming in the following the Fed's biggest hike in rates since 1994 and signs of weaker consumer spending. 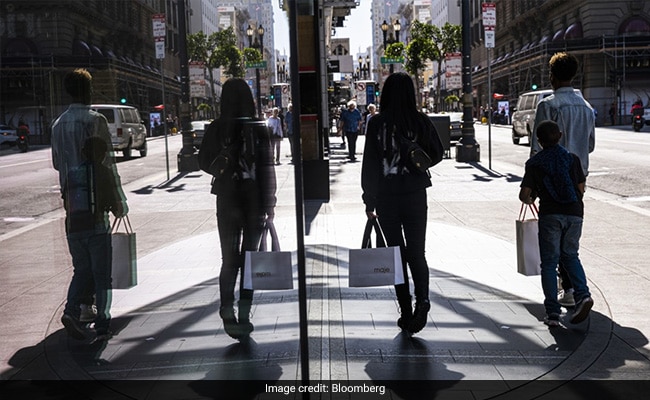 Analysts increasingly see a recession looming in the US following the Federal Reserve's biggest increase in interest rates since 1994 and signs of weaker consumer spending.

The Fed hiked its policy rate by 75 basis points Wednesday to a range of 1.5% to 1.75%, as officials intensified their battle against inflation that's remained stubbornly high.

Wells Fargo & Co. now forecasts a “mild recession” starting in mid-2023, as inflation becomes more entrenched in the economy and eats into consumer spending power -- and as the Fed takes more aggressive steps to address it. Meanwhile, Moody's Analytics said that chances of a soft landing are lower.

“The Federal Reserve is going to hike interest rates until policymakers break inflation, but the risk is that they also break the economy,” Ryan Sweet, Moody's Analytics head of monetary policy research, said in a research note. “Growth is slowing and the effect of the tightening in financial market conditions and removal of monetary policy have yet to hit the economy.”

US retail sales fell for the first time in five months in May as higher prices hit consumer pocketbooks. Also on Wednesday, the Federal Reserve Bank of Atlanta cut its estimate for second quarter growth to 0%. And Guggenheim Chief Investment Officer Scott Minerd said the US may already be in a recession, given the slowdown in consumer spending.

An growing number of economists have recently said a contraction next year would be difficult to avoid. In his note Wednesday, Wells Fargo's Jay Bryson said he was expecting a soft landing just a week or so ago -- but now his base scenario is for a mild recession.

At the same time, the unemployment remains historically low and while jobless claims rose to a five-month high last week, the labor market remain tight. That strength should support additional spending and keep any economic contraction from being too deep, according to Wells Fargo.

A downturn by the start of 2024, barely on the radar just a few months ago, is now close to a three-in-four probability, according to the latest estimates by Bloomberg Economics.

A recession is typically defined as a decline in overall economic activity that's broad, and lasts more than a few months. The US just emerged from the deepest slump in the post-WWII period in 2020, after the Covid-19 pandemic hit.