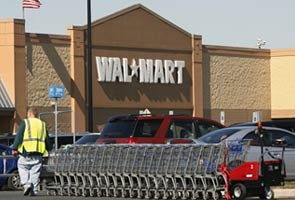 Wal-Mart India on Tuesday launched its online wholesale platform in the country, offering the service in Hyderabad and Lucknow.

The e-commerce platform will provide the same range of products as its wholesale stores, as well as special items for members, the company said in a statement.

Prior to the launch, Wal-Mart India organised workshops with members in the two cities to generate awareness about the initiative and to create a better understanding about website navigation, benefits and registration processes, the company said in a statement.

The platform, www.bestpricewholesale.co.in, is for registered members of Best Price Modern Wholesale stores.

At present, Wal-Mart is engaged in cash-and-carry business in India. It called off a six-year partnership with Bharti Enterprises in October last year and decided to operate stores independently in India.

The US retail giant operates 20 wholesale stores under the brand 'Best Price' in India.