Vishal Sikka's Exit From Infosys Unfortunate But Not Unexpected: Experts

Research firm Angel Broking's Vice-President Sarabjit Kour Nangra said Vishal Sikka's exit would be a setback for the outsourcing firm in the near term. 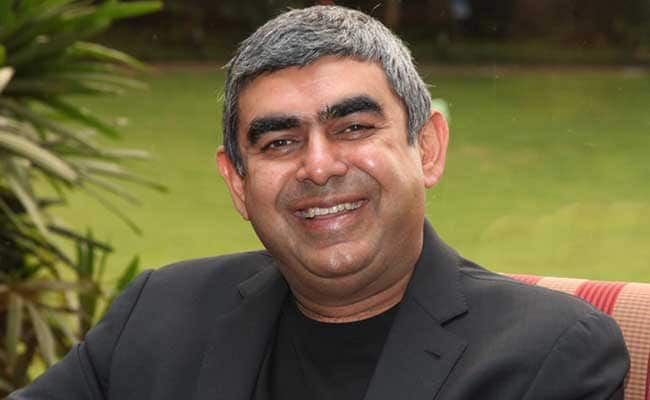 Vishal Sikka was chosen as the first non-founder CEO of Infosys.

Bengaluru: A day after the dramatic departure of technocrat Vishal Sikka as Chief Executive of Infosys, industry experts on Saturday said while his exit was unfortunate, it was not unexpected as he became an unintended victim of the boardroom battles with the co-founders.

"Sikka's sudden resignation is unfortunate but not unexpected. Though the co-founders have not questioned his performance in driving the growth, his exorbitant salary and expenses incurred on him by the company did not go well the promoters, especially N.R. Narayana Murthy," Professor Aditya Jadhav of T.A. Pai Management Institute told IANS here.

Admitting that there was also a cultural clash between the promoters and Sikka as the company's first non-founder executive over the style of his functioning, Jadhav said as the former had a large ownership and earned huge dividends, it allowed them to draw lesser salary whereas higher pay package for Sikka was justifiable in the absence of same dividends for him.

"Institutional investors who collectively own 68 per cent of the company's stock have shown solidarity with Sikka. But the founders, who jointly hold 13 per cent of the stock, have been critical of Sikka's flamboyant style of functioning as their successor Chief Executive," noted Jadhav.

Jadhav also regretted that the founders used their clout and stand in the IT industry to question the ethics of Sikka, which forced him to call it quits.

Institute of Finance and International Management (IFIM) Secretary Sanjay Padode, on the other hand, said Sikka was a cultural misfit for Infosys, a bootstrapped organisation that was built by the promoters' conviction in highest standards of corporate governance, frugal innovation and quality delivery.

"Sikka's experience was in the area of technological innovation and driving business through strategic interventions. His exit was inevitable going by the adage of Peter Drucker's culture eats strategy for breakfast," asserted Padode.

HDFC Securities Head V.K. Sharma said though the software major did better than the industry during Sikka's three-year embattled tenure, his ambitious $20-billion revenue target by 2020 was far-fetched, as it took over three decades for the company to cross $10 billion in fiscal 2016-17.

"Sikka's allegation that he was continuously being distracted does not wash, as he had long enough a honey moon period to make his mark," quipped Sharma.

Research firm Angel Broking's Vice-President Sarabjit Kour Nangra said Sikka's exit would be a setback for the outsourcing firm in the near term.

"Given the company size and strength, we believe that it will overcome the setback in the long run.

"Given the valuations, we maintain our 'buy' rating for the company's scrip," Nangra said in a statement here.

According to Ascent HR Chief Executive S. Subramanyam, Infosys succeeded as an enterprise in services and execution under Sikka.

Promoted
Listen to the latest songs, only on JioSaavn.com
"As a globalised economy looks for innovation and digital technologies, Sikka sought to change a traditional software services company into a disruptive technology provider with automation, artificial intelligence, machine learning and data mining as its growth drivers," noted Subramanyam.