This State's Women Self-Help Groups Adding To Sugarcane Output And...

Women Self-Help Groups (SHGs) engaged by the UP government for growing sugarcane seeds have expanded to become a 60,000-member club now. 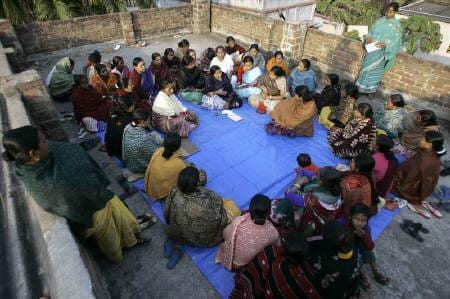 Women Self-Help Groups (SHGs) engaged by the Uttar Pradesh government for growing sugarcane seeds for the past two years have expanded to become a 60,000-member club now.

These SHGs spread across the cane-growing rural pockets of the state have not only become an essential source of seeds of improved cane varieties for farmers. Still, they are also empowering the women members by providing them with a source of income.

Additional Chief Secretary (Excise) and cane commissioner of Uttar Pradesh Sanjay Bhoosreddy said, "The decision to involve women SHGs with the growing of cane seed was taken during the first wave of Covid-19 in the state. This has become a major enabler of sugarcane farming in the state and contributes to its success."

Under the initiative, so far, 3,003 women SHGs with 58,905 registered members have been set up in 37 sugarcane-producing districts of UP.

The sugarcane department is imparting training to these women under the National Food Preservation Scheme to prepare superior sugarcane nurseries to distribute seeds.

A sugarcane plant is called to be in the sprouting stage till 30 days after germination.

The department trains the women's SHGs and provides them basic tools with the help of sugar mills to grow the sugarcane seeds in nurseries. Besides getting sprouting of improved cane varieties, farmers also save cropping time by procuring sugarcane in the sprouting stage.

Harkeerat Singh, a sugarcane farmer in Shahajahanpur district, said he has been procuring seeds from SHGs since last year.

"Earlier, we used to sow sugarcane ourselves and suffered a loss of plants in the first month. These losses have been minimised since we began using seedlings brought from SHGs.

By using sprouts from nurseries, the fields also get time between two crops." On average, around 25,000 sugarcane seeds are required per hectare of the farm. Farmers also cut costs by purchasing sugar cane seeds from SHGs and reducing plant losses.

Sugarcane crop takes anywhere from 10-14 months to mature. In UP, sugarcane sowing occurs in October-November and between February and April. The harvesting takes place from November-February next year.

Given the sowing period, the women SHGs prepare seeds twice a year in January and September, which are available for sale in 25 to 35 days.

Kumari Kusum, 24, of Annapurna Mahila SHG of Bareilly, said, "We have around 25 members in our group who prepare sugarcane seeds. Last year our groups developed 5 lakh seeds of sugarcane which local farmers procured."

The group has received orders in advance from farmers. "We have received advance orders of around 75,000 seeds this year from sugarcane farmers in the nearby villages. We are targeting to develop over 3 lakh sugarcane seeds this season," said Ms Kusum.

The earnings from the sale of sugarcane sprouts have helped women members of the group to support their families.

Kavita Devi, a member of an SHG in Sharanpur, said: "My husband lost his job in the first wave of Covid-19. During that time, I was able to support my family with the earnings from the SHG. With the money earned from the group, I can send my child to a good school in a nearby town."

Considering the scale of sugarcane plantations in Uttar Pradesh, officials claim that the number of women in rural pockets is expected to grow in the coming years.