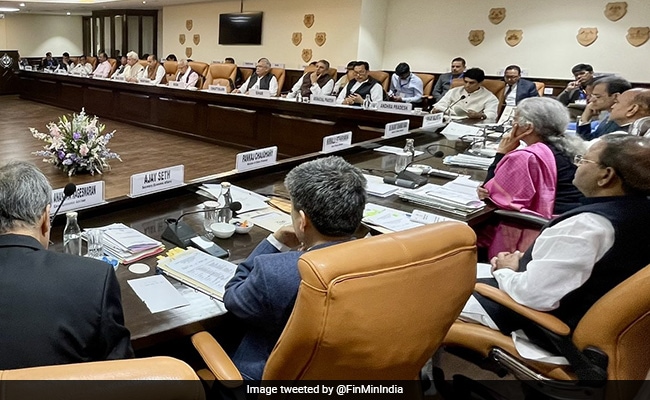 Nirmala Sitharaman chaired a pre-Budget meeting with the finance ministers of all states and UTs.

Finance Minister Nirmala Sitharman has chaired a pre-Budget meeting with the finance ministers of all states and Union Territories for taking their inputs and suggestions for the upcoming Budget for 2023-24.

The meeting took place today in the national capital.

Further details about the meeting are yet not in the public domain.

Nirmala Sitharaman has so far chaired several pre-Budget consultations with groups of experts and industry leaders, including agricultural and food processing industry experts.

The first meeting was held on Monday.

The formal exercise to prepare the annual Budget for the next financial year -- 2023-24 - commenced on October 10.

Notably, it will be the last full Budget for the current government before the Lok Sabha elections to be held in April-May of 2024.