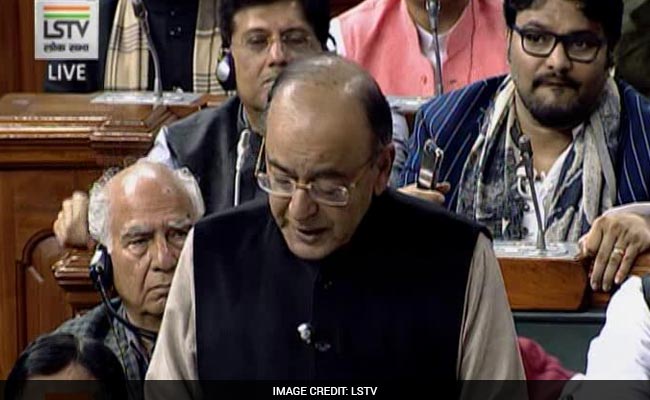 New Delhi: Finance Minister Arun Jaitley began his Budget speech today with a strong defence of the notes ban, promising that its impact on the economy would not spill over to the next year. He then presented a plan to cushion sections that have been worst hit by demonetisation, pledging to spend more on the rural poor, doubling income of farmers and cutting income tax for individuals who earn between 2.5 to 5 lakh and corporate tax for small companies. He did not however pack the budget with election freebies as was expected three days before polling in two states. Markets were 500 points up after the speech, relieved, analysts said, that it held no shocks for industry. Prime Minister Narendra Modi described it as a Budget for the FUTURE - farmers, underprivileged, transparency, urban rejuvenation, rural development, enterprise.

Arun Jaitley's first budget after the notes ban in 10 points: