Union Budget: Railways Announcements You Need To Know Since Merger Of Rail Budget

This year's Budget, the last before the general election due by May, will also include announcements for Indian Railways. 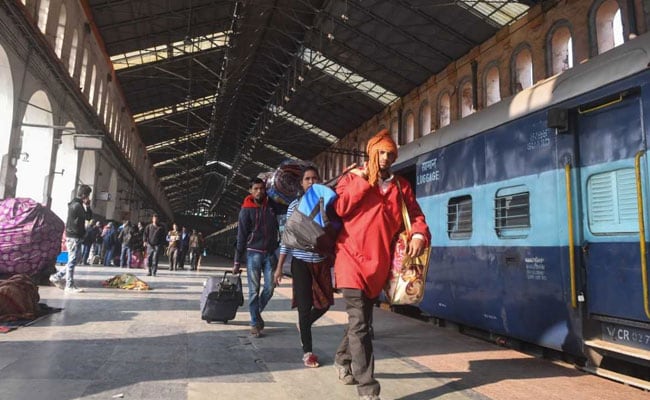 The government will unveil Interim Budget 2019 on February 1. In September 2016, the government scrapped the 92-year-old practice of presenting rail budgets and general budgets separately. And in 2017, Arun Jaitley became the first finance minister to present a combined Union Budget with Rail Budget as part of it. This year's Budget - the last before the general election due by May - will also include announcements for the Railways. (Also read: What Interim Budget is, how it differs from full-year budget)

Here are some key announcements made for Railways in Budget 2017 and Budget 2018:

1. Finance Minister Arun Jaitley announced a capital expenditure of Rs. 1.48 lakh crore for the Indian Railways in his Budget 2018 speech.

4. 36,000 km of rail track renewal were targeted while 4,267 unmanned railway crossings on broad gauge routes were targeted to be eliminated in the next two years.

5. 600 stations were earmarked for modernisation by the railways.

6.Laying out a roadmap for the Indian Railways, Mr Jaitley had said in his Budget 2018 speech that the focus would be on modernisation of signalling, use of fog safety devices, better passenger amenities and safety.

2. For passenger safety, a Rashtriya Rail Sanraksha Kosh creation was announced with a corpus of Rs 1 lakh crore over a period of five years.

3. Unmanned level crossings on broad gauge lines were proposed to be eliminated by 2020.

4. It was proposed that 500 stations will be made differently-abled-friendly by providing lifts and escalators.

5. It was also proposed to feed about 7,000 stations with solar power in the medium term.

6. The launch of 'Coach Mitra', a single-window interface to register all coach-related complaints and requirements was announced.

Nominal GDP Growth For Next Fiscal Estimated At 10%: Nirmala Sitharaman