Here's what you need to know about the "Merge," as the shift is known. 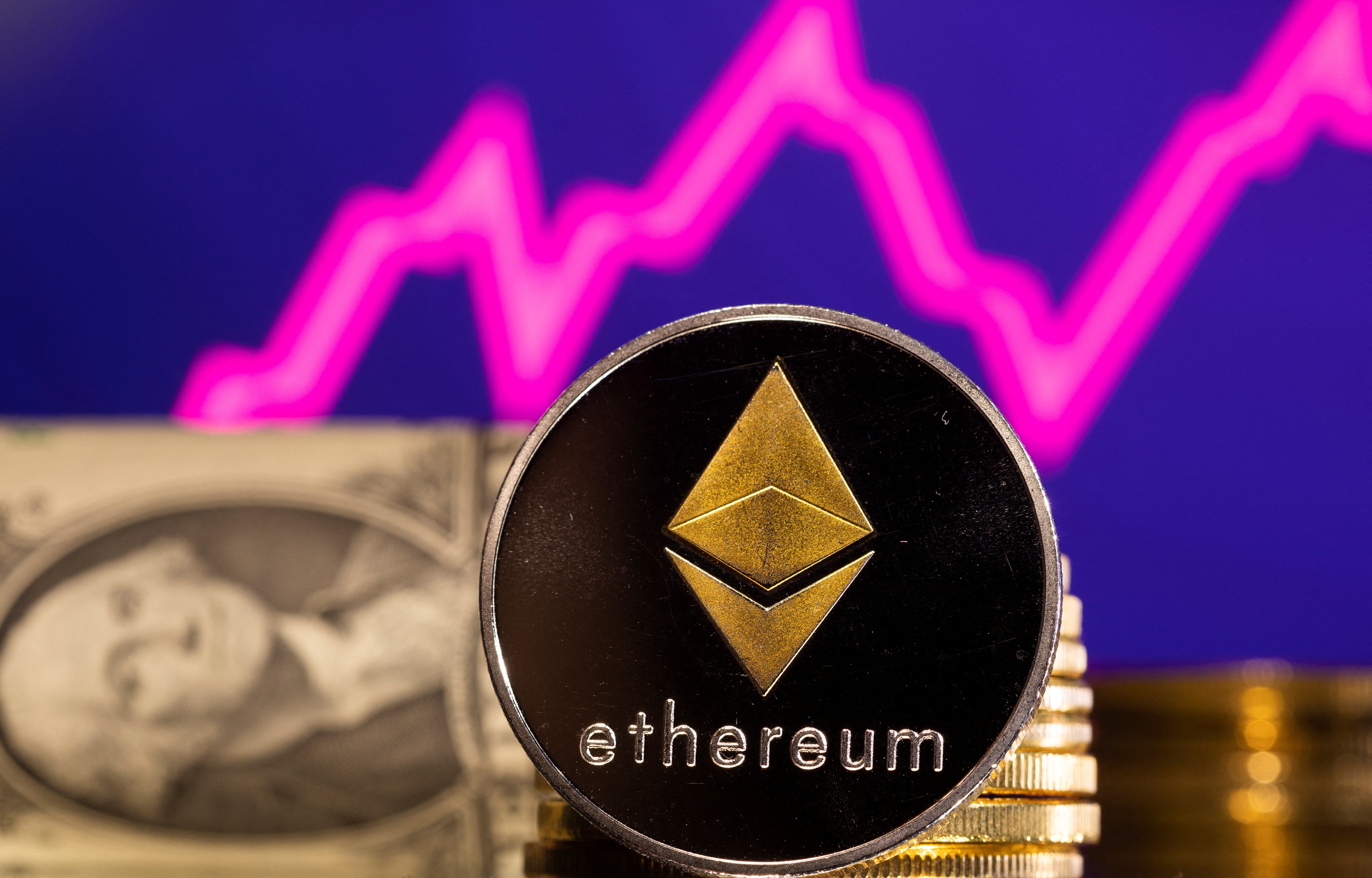 Ethereum, the blockchain that underpins the world's second-largest crypto token ether, will soon undergo a major software upgrade that promises to slash the amount of energy needed to create new coins and carry out transactions.

Here's what you need to know about the "Merge," as the shift is known.

So What Is The Merge?

The Ethereum blockchain is due to merge with a separate blockchain, radically changing the way it processes transactions and how new ether tokens are created.

The new system, known as "proof-of-stake," will slash the Ethereum blockchain's energy consumption by 99.9%, developers say. Most blockchains, including bitcoin's, devour large amounts of energy, sparking criticism from some investors and environmentalists.

The Ethereum Foundation, a prominent non-profit organization that says it supports Ethereum, says the upgrade will pave the way for further blockchain updates that will facilitate cheaper transactions. High costs and slow transaction times are currently two of the main issues users have with the Ethereum network.

And When Is It Happening?

Very soon. The merge is scheduled for completion between Sept. 10 and 20, though the exact timing is uncertain. Independent estimates point to Sept. 15 as the likely date.

Major crypto exchanges, including Coinbase Global and Binance, have said they will pause ether deposits and withdrawals during the merge. Users won't need to do anything with their funds or digital wallets as part of the upgrade, they say.

How Big Of A Deal Is This?

Ethereum backers say the Merge is a monumental moment for the $1 trillion crypto sector.

Proponents believe the Merge will make Ethereum more favourable compared to arch-rival bitcoin - the world's top cryptocurrency - in terms of price and usability.

That could see Ethereum applications become more widely used. Investors are betting the change will be significant for the price of ether, which has gained more than 50% since the end of June, compared to a slight loss for bitcoin.

It is. But it's also important.

There are different ways transactions on the blockchain - the software that underpins most crypto - can be verified. In the "proof-of-work" system currently used by Ethereum, new transactions are checked by crypto miners.

Miners use powerful computers that solve complex maths puzzles and update the blockchain, earning new crypto tokens. While this makes records on the blockchain secure, it's highly energy-intensive.

In the "proof-of-stake" system, ether owners will lock up set amounts of their coins to check new records on the blockchain, earning new coins on top of their "staked" crypto.

Maybe. While Ethereum developers say the proof-of-stake model has safeguards to ward off hackers, others say criminals could attack the blockchain under the new system.

If a single entity accumulated the majority of ether staked to validate new transactions, they could alter the blockchain and steal tokens. Crypto experts also say there is a risk that technical glitches could mar the Merge, and that scammers could take advantage of confusion to steal tokens.

It may also become easier for developers to build programs on the Ethereum network, potentially boosting adoption. Still, those updates are likely months, if not years, away.

Bitcoin Leaps Over $20,000 As Dollar Falls Below Two-Decade High