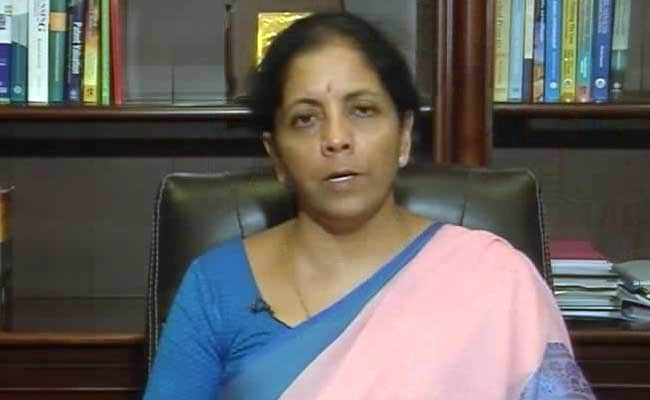 Commerce Minister Nirmala Sitharaman said India too is keen to engage with the UK for a trade deal.

New Delhi: The UK is "eager" to have a free trade agreement (FTA) with India as the pact is expected to further boost economic ties between the two.

"Yes, they are eager to have an FTA. They certainly look at India as one of the potential FTA partners. We are also happy to engage with them," Commerce and Industry Minister Nirmala Sitharaman told reporters here.

She added that India is conscious of the fact that after triggering Article 50, the UK needs 24 full months before they actually exit the European Union (EU).

The UK Prime Minister pointed to invocation of this article sometime in the first quarter of 2017, Ms Sitharaman said, adding that India too is keen to engage with the UK for a trade deal.

Further, she expressed happiness that the UK is supporting India's concept paper on negotiating a trade facilitation agreement in services at WTO.

"I am grateful that UK Prime Minister and trade minister support India at WTO on TFA in services," she said.

The paper is moving forward as the WTO Director General had asked India to work on it at the mini-ministerial meeting in Norway last month.

"We will be taking it forward to WTO. And the UK offering support to us fully on that proposal is a good augury for me," she added.

India is pitching for this agreement with a view to reducing transaction costs by doing away with unnecessary regulatory and administrative burden on trade in services.

The two sides decided to create a new JWG on trade to discuss and resolve trade-related issues.
The group will do all that is required for auditing the situation in goods services and investments on the trade front between India and the UK and to see what are the early and easy goals that both the sides can achieve.

It will also identify challenges and find opportunities for better trade, she said.

Both the sides also signed an MoU to establish bilateral cooperation activities in intellectual property (IP) and ease of doing business.

The IP MoU was inked between the Department of Industrial Policy and Promotion (DIPP) and the Intellectual Property Office of the United Kingdom (UKIPO).

It is intended to promote innovation, creativity and economic growth in both countries.

It establishes a broad and flexible framework through which both the countries can exchange best practices and work together on training programmes and technical exchanges to raise awareness on IPRs and better protect intellectual property rights.

The priority initiatives under the MoU include exchange of best practices and knowledge on IP awareness among the public, businesses and educational institutions, collaboration in training programs, exchange of experts and technical exchanges.

It also includes exchange and dissemination of best practices, experiences and knowledge on IP with the industry, universities and R&D organisations; exchange of information on processes for disposal of applications for patents, trademarks, industrial designs and Geographical Indications as also the protection, enforcement and use of IP rights.

The MoU on ease of doing business will harness UK expertise to support India's efforts to climb the World Bank business facilitation ratings.

Promoted
Listen to the latest songs, only on JioSaavn.com
Ms Sitharaman said the UK will share its expertise on those specific parameters based on which World Bank firms up the rankings.

"They will share best practices, technical assistance and enhanced implementation," she added.