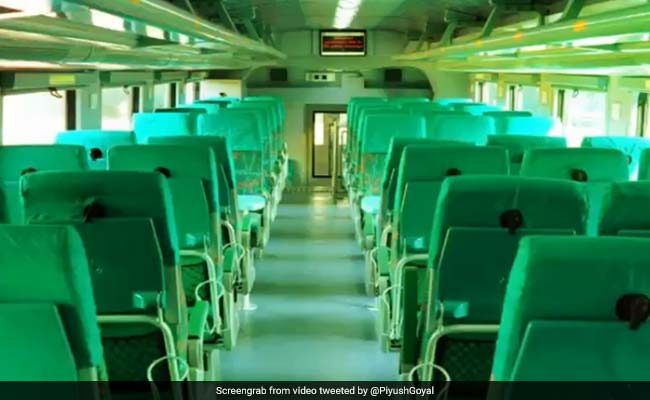 The first UDAY Express is likely to be operational on the Coimbatore-Bangalore route.

Indian Railways' all-new Utkrisht Double Decker Air Conditioned Yatri (UDAY) Express is all set to make its debut. This double decker train, specially designed to cater the business class, will run on the busiest routes of India. According to a tweet posted by official handle of Piyush Goyal, Minister of Indian Railways' UDAY Express will operate on three routes initially- Coimbatore-Bengaluru, Bandra-Jamnagar and Visakhapatnam-Vijayawada. UDAY Express will be equipped with numerous specifications like LCD screens, Wi-Fi, dining space, large LCD screens, among others.

Check timings and duration of all three routes

This journey will take a total of 7 hours. For the return journey, the 22665 Bengaluru-Coimbatore UDAY Express will depart at 2:15 pm from Bengaluru and reach Coimbatore at 9:00 pm, taking a total time of 6 hours and 45 minutes. 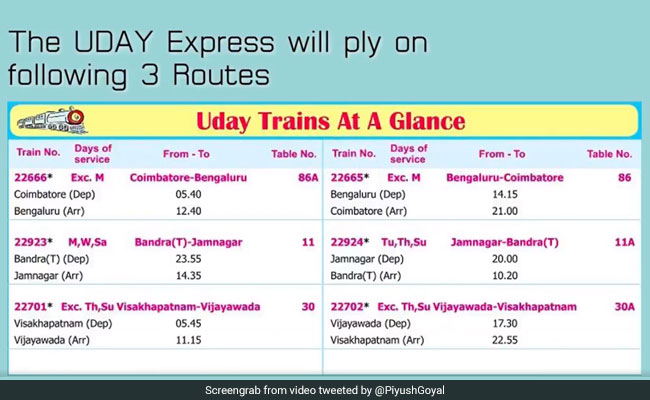